Looking Outward from Inside Second Life

The  Outside, Inside, Wonderful (Sometimes Wacky) World of Machinima 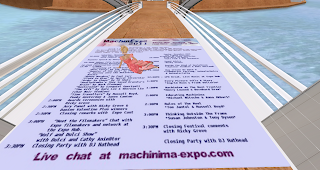 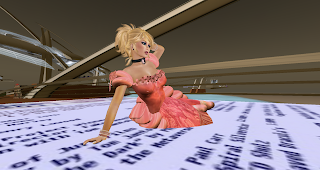 To understand the impact of machinima we have to look outward from the inside, but on occasion we also must look inward from the outside.   It's a matter of perspective.   Your audience might be producers for a moment, but the larger audience is always those who might become captivated by its charm.   It's about building an audience, from the inside outward and then inviting the outside inward to take a peek at how it is all done.  Think of all those times that you have purchased the special edition of a blockbuster DVD because you get a glimpse into how some of the special effects were created; merely out of curiosity you want to know how that explosion was made or that elf appeared to fly to the moon.  Movie magic intrigues even the best among us.  Then there's the case that some of your audience might get hooked on the craft and want to produce machinima.  Nonetheless, we must always think as viewers not as producers.  The machinima community is comprised not only of its producers, but its growing audience. 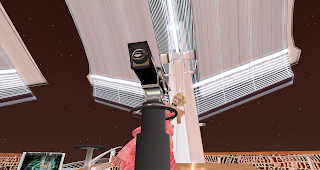 This month I am going to take you from some of the heavy hitters of machinima, as well as those up and coming, to the commercial debut of a wonderful dragon tale featured online as part of a national Doritos competition.   In this blog, I celebrate the creative genius of machinima makers as well as those supporting and applauding their accomplishments.  It is always the goal of this column to explore the potential of machinima as an art and practice.
Machinima Expo 2011 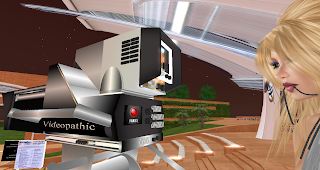 Last weekend wrapped up the Machinima Expo 2011 in Second Life.  It is an event that run deeps into the larger machinima community and expands through the film world.   It is an impressive undertaking by all those involved, and I have to commend Kate Fosk for her social media skills.   She definitely understands it is not enough to make machinima, a huge undertaking if done well, but you must find ways to showcase such creativity.     Then you must find ways to grow your community, teach and train and involve those inspired by the works screened.   The  Machinima Expo helps to link machinima platforms and solidify these various approaches by different machinima groups into what is seen publically as the “machinima community” to the film world.
So kudos especially to Kate for her major role in the organization of this event, and her appreciation of SL as a meeting and production platform.   It was a major undertaking that required a knowledgeable and dedicated staff, even with Kate and Ricky Groves at the helm as co-producers.  The list of those involved in the production of this event, go to the Machinima Expo blog -  http://blog.machinima-expo.com/expostaff 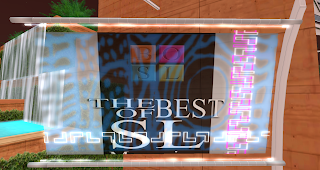 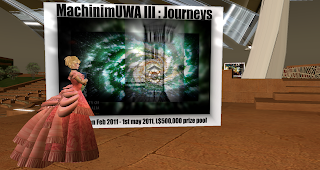 The screening and meeting place in-world was held at the  UWA-BOSL (University of Western Australia/Best of SL Magazine) amphitheatre.   Jayjay Zifanwe, is a major supporter of machinima – you might detour to check out UWA’s 3D Design and Machinima Challenges, ongoing at http://uwainsl.blogspot.com/
Then head to the Machinima Expo 2011 site for the screening of more than 60 machinima this week, November 20 to November 27th -
http://www.machinima-expo.com/ 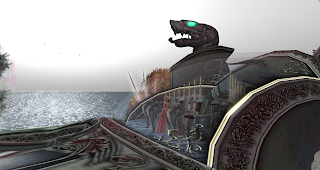 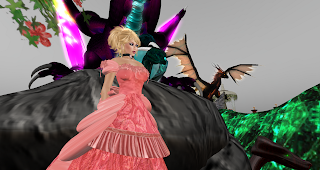 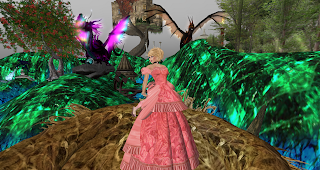 The Scissores Group – Tony Dyson and Chantal Harvey – posted an amusingly sweet commercial for a competition sponsored by Doritos.    It was filmed entirely on location in Second Life.


Described by Tony, the plot revolves around a heroic dad who “takes his 12 year old daughter for a surprise visit to the city's newly opened Multi-Media Film Museum, only to find that he needs all his wits about him.  A mean-looking Dragon, who seemed happy to attack a poor old wizard who had to lock himself in his castle, suddenly changes his attention to break free of the confines of his dimension to seek his favourite snacks Doritos, but our cool thinking Dad saves the day, with his fast thinking.”
Have fun viewing the commercial at the Doritos site ...or the Scissores site:

It might be worthy to mention that Tony writes children’s books and really has been a major player in Hollywood.  See his personal/professional web site for some portfolio materials:
http://tonydyson.com/all-projects/
Congrats to all involved in this project, with much success in the future anticipated. 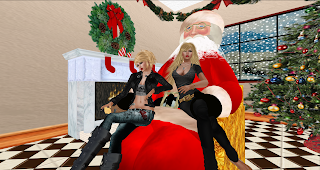