What’s in a Song? Hearing Imagery 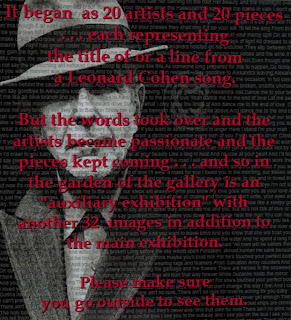 The soundtrack of a film, beyond its soundscape, brings to mind a whole host of favorite tunes that we occasionally hum, particularly when triggered by the title of a movie.    Grease!   Just one example I offer you on Australian Day today.   Olivia Newton-John – both teen sensation in the 1980s (although much older in the film) and song seductress with her sweet vocal cords – captured the hearts, eyes, and ears of a generation.   The use of silence, as well, is no doubt powerful in a film, but often more so when juxtaposed to a well-planned soundtrack.
Beyond those well-timed explosions or perfectly sonically cued scenes where a rumble foreshadows trouble ahead, the music of a film makes the imagery and dialogue memorable.   The music of Apocalypse Now is one I return to from time to time – notably the music of the Doors, the sound of a military helicopter and shot of its propellers transitioning into a fan rotating above Martin Sheen as he lay on his bed.  These elements work together to create stunning imagery, which for many of us remains imprinted in our mind and triggered to recall when we hear Jim Morrison’s voice singing this song on a classic rock radio station.
Do you remember that song?  The music and lyrics are haunting.

“In dreams the truth is learned that all good works are done in the absence of a caress.”
His words are the substance of life.  I recently attended a Second Life exhibition (conceptualized and curated by Morgana Nagorski, January 21-22) that paid homage to the very much alive songwriter/singer Leonard Cohen, and I was reminded of how much his music has impacted our viewing experiences.    His words are often raw, passionate and lingering.   For a man who sings of loneliness, he certainly has been a wonderful lover to the image. 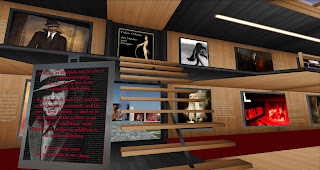 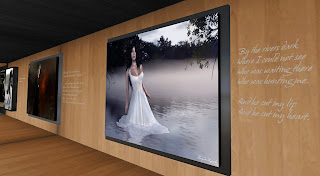 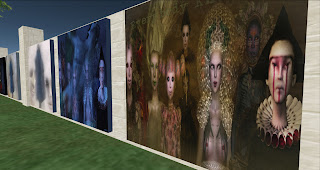 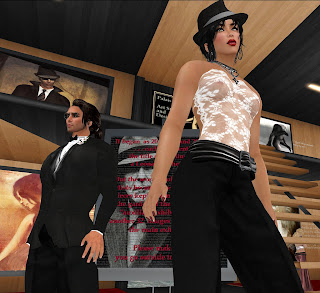 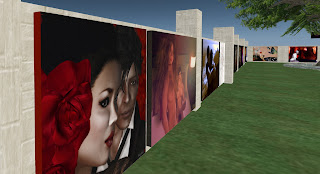 The exhibition I speak of was Unified Heart, with the ultimate results of bringing together 20 artists to create photographic art to reflect the meaning behind Cohen’s work – primarily relying on a line or two of the lyrics or merely the song title. 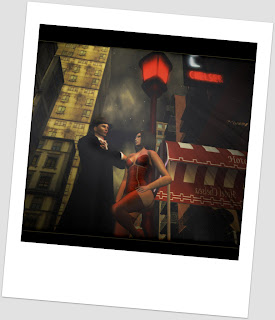 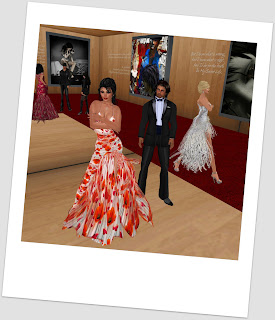 The imagery was stunning, and if a photograph can truly represent 1,000 words, I must muse at how each frame in a movie accompanied by his music impacts our cinematic interpretation.  Cohen spends sometimes as long as one year on a song, and its impact spans cinematic generations.
I invite you to review one site particularly – a simple listing of Leonard Cohen’s songs (more than 50 songs) that were included in film soundtracks that have spanned decades.
Let’s not forget that the image can be strengthened or weakened by the sound – be it a song or effect.


Happy Australian Day, Olivia!  Leonard is from Canada, but I wish him well too.   On a side note, in 2006, a documentary was released on the work of Leonard Cohen: I’m Your Man.   The premise was to pay tribute to his work, with the narrative woven around interviews with Cohen and footage from a staged concert of his work in Australia by some major singing artists who shared their lyrical interpretations.   The film features Leonard Cohen, Nick Cave, Bono, Jarvis Cocker of Pulp, Rufus Wainwright, Beth Orton, Kate Mcgarrigle, and Anna Mcgarrigle.   The documentary was produced by Mel Gibson, Lian Lunson, and Bruce Davey.
There you see the connections here – Leonard has a special place in the heart of Australians.   Sometimes I have no idea how might this column evolve, but I am pleased at how things come together when I seek to explore an idea or theme.    Perhaps that was the intention behind the Cohen exhibition  - Unified Heart.
The imagery in this blog was captured at the Second Life exhibition.  Special thanks to Morgana for inspiring us to look back at one of the great songwriters of life and cinema.  To be released January 31st, Cohen brings forth his 12th studio album, Old Ideas.  It was streamed online at NPR and The Guardian on the 22nd and 23rd.   He is 78 years old, and his ideas are very much relevant to today.
Sites of Interest -
http://www.snagfilms.com/films/title/leonard_cohen_im_your_man
http://www.leonardcohenfiles.com/filmo.html
http://www.flickr.com/photos/morgana_nagorski/6714345371
*Photo credits:  Various artists, curated by Morgana Nagorski.  Photographed by Sonicity Fitzroy at Unified Heart exhibition, January 21, 2012. Public exhibition.