An Extraordinary Universe for Machinimists and Visionary Musicians 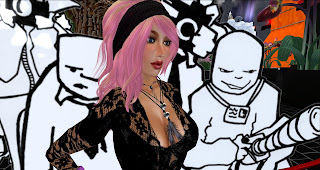 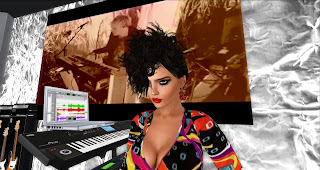 I am on a tangent - to see how machinima is being used by a broad spectrum of filmmakers, photographers and laypeople - culturally, technically, and creatively.    Marco Cadioli is a video artist who has experimented with machinima in his latest project.  He is known for taking images from Google Earth, and making creative short pieces.  This time, the Plant Earth is a rotating melon through the use of machinima.  The complete story is available here.

How genius to reconceptualize Earth as a melon through machinima.  Hats off to Marco for introducing many more people to the art and practice of machinima.

There's a whole new universe to explore through machinima.  The DDU - The Duran Duran Universe - launched June 2011, and the visual treats were captured through the artistic lens of machinimist JJccc Coronet.  This self-described "abstract artist" has also been catching a few headlines here and there.  JJ's machinima piece on the steampunk build Petrovsky Flux recently was showcased in New World Notes.  It's an incredible fast moving video, with stunnning images that keeps one engaged throughout.   JJccc has a wonderful keen sense of editing to music and image.  This machinima artist is definitely one to follow.  Two recent works to view are his feature All You Need is Now on the Duran Duran Universe and his interpretation of Lady Gaga's Mother Monster.   This machinimist is a masterful editor and that makes his transitions superb.   What this artist lacks in some minor areas (a few off lip syncs and maybe some of the pieces could be shortened yet would achieve the same effect - I'm being picky picky) is surely compensated by transitions that are fluid.   Music moves the message - cinematically and sonically - forward when done right.   JJccc gets that. 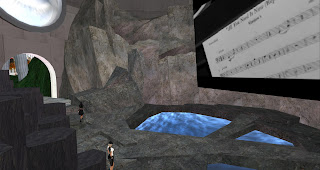 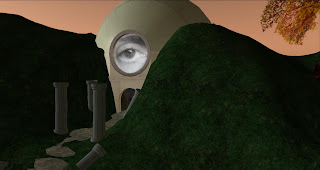 My only pet peeve is for this artist to add credits.  But Machinimist Coronet is not alone there.  Having gone to numerous professional art installations and galleries in RL, I understand that some artists refrain from adding credits, feeling that it takes away from the visual integrity of their piece, preferring to pin an info notecard next to the video monitor.   But it seems machinima, like cinema, as exhibited online on YouTube for example, calls for ending credits to pay tribute to the many people involved in a film.  Machinima has legs and travels everywhere online.  I see it as a mobile video installation.

My side tirade is not intended to take away from the beauty of JJccc's artistic lens. This machinimatographer is definitely an exciting machinimist visually, breathing life into virtual environments, pulsating to the beat of a different drummer, luminating mood with color, texture, lighting, and camera angle, and showing us music machinima can be intense and fun to watch simultaneously. 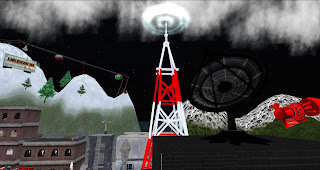 With Duran Duran's entrance into Second Life, we might anticipate other bands to crossover virtually.   Maybe even Gaga.  In actuality, music like image should transcend our conventions and reach into and extend from our imagination.  For media makers, creativity can be shaped and experienced, but never completely enclosed in any world.  Machinima represents this transcension beyond our Goggle Earth to the larger universe that awaits us beyond an Ordinary World. 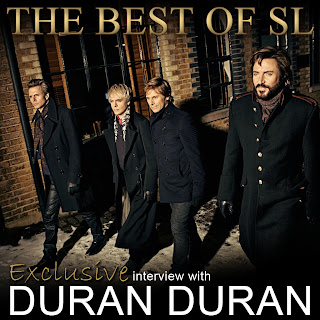 For a related article on Duran Duran's visionary and co-founder Nick Rhodes, see the August issue of Best of SL Magazine.  Second Life is a place that offers all to experiment with music, images and motion.  Even those who have already established fame in the mainstream, there is that virtual call toward what is next, what is possible, what if I were to create a new world what would it be like, who would I invite..... 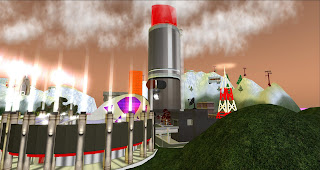 To me, this is the way of machinima, beginning with its backstory of what was, evolving to its capture of what is, and transcending to its cinematic destination of what might be.


You have to look beyond what you see, to understand what is possible. 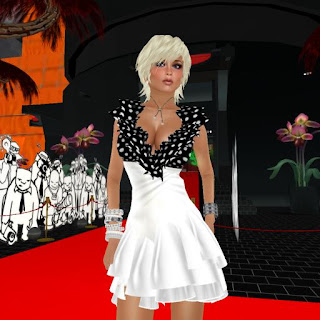 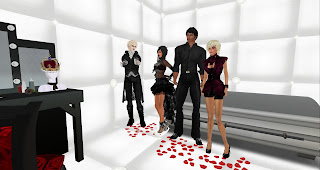