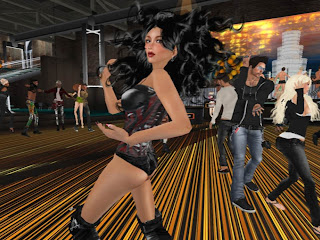 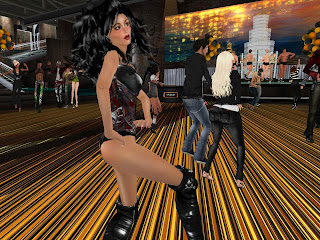 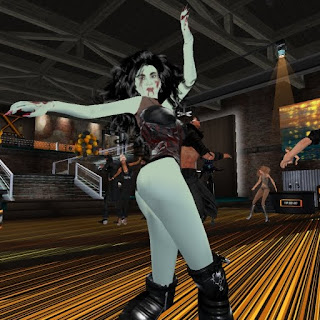 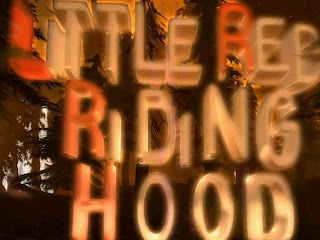 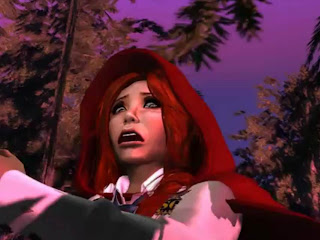 Off-to-grandma's-house as we go for another round of machinima chit-chat. Not that I am grandma, haha, rather I must give credit where it is due. I rely on the collective wisdom of those who have influenced me through the years, and of late as Lowe Runo and I have spoken to so many on the subject in the writing of our book. As I promised last round, in this blog I focus on the work of wordsmith and cinematographer Toxic Menges, an artist and storyteller of filmmaker John Alton’s standards, who experiments with the virtual potential inside Second Life to achieve quality machinima with minimal post production. First let me set the stage for her work, by offering some context.

You remember the buzz around the major motion picture Red Riding Hood (2011), starring Amanda Seyfried, and based on the screenplay by David Leslie Johnson. The movie takes the classic tale for a cinematic spin on the big screen. I have to give credit to my “author” dad for passing along some conceptual wisdom: the best story ideas are those that take a “classic plot” and make a twist to it – the setting, the characters, the events all become variables in designing the audience’s cinematic ride. It is fairly much common sense advice (dog bites man vs. man bites dog), but it is worth some thought. Begin this way: we take one element and think what if we did this instead, what then?

If you are into the ZOMBIE movie mania, maybe just play around with the concept of the undead. What about Little Red Riding as a Zombie? 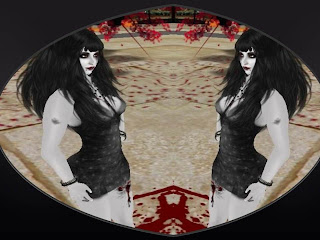 Or, then what about werewolf zombies in the ‘hood. Maybe, Little Red goes to the Big Apple (just think Wil Ferrel in Elf). Okay-Okay-you get the idea.

Sometimes it works, sometimes not (and it might be well received by some viewers and not others, as in the case of the Twilight series (vampires, werewolves, etc. as romantic icons, say what?). I, personally, lean toward Lost Boys and Dust to Dawn and would warn my children against romantic encounters with any of the living dead. Oh btw, on that note, watch Aaah Zombie - love the make-out scene between zombies (below is the shot from the couple's perspective, but the next scene shows them as lover zombies at a crowded bowling alley).

The plot is from the zombie’s perspective, and if nothing else, the movie has been applauded by reviewers for giving zombies a voice on screen. The movie gets trite after 30 minutes, but the concept is different.

In the case of the 2011 Red Riding Hood, it tried too much, and overall flopped. Director Catherine Hardwicke had a difficult task at hand of taking an old formula and making it fresh in a relatable way. Film critic Robert Ebert came down hard on the film and it didn’t fare well among audiences. But alas, this is the risk when you take a familiar concept and mess with it. The reason that I bring all this up is to draw parallels to machinima, especially those films that arise from within immersive virtual environments.

In the case of Toxic Menges’ machinima version (September 2010 release) of the storybook classic, Little Red Riding Hood, her tale offers a unique perspective, not only in the storyline and dialogue (a tongue-in-cheek romp through the virtual woods, like heard in the open: “Hey sexy woodsman, I am kind of in the market for some wood. You want to meet me at our normal place, baby,” says Red), but its visual magic, presented in glorious color and vivid texture, is seen in her ability to deliver an amazing set design and animate the action creatively (you gotta love that rotating ball during the chase scene). In a recent interview, Menges told me that she uses minimal post production, and achieves nearly all her titling and effects within Second Life. She is definitely on the cutting edge of realizing the potential of virtual filmmaking in SL’s cinematic friendly interactive, immersive 3-D environment. 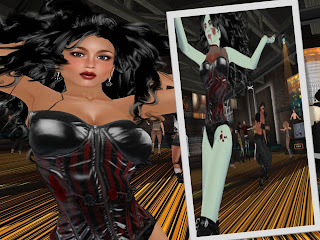 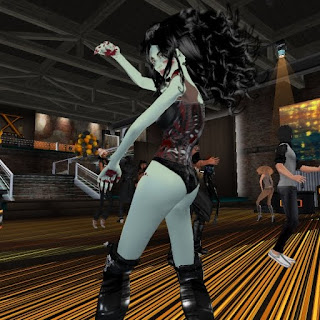 So-maybe-the-morale of this column is machinima continues to be a wonderful cinematic avenue for experimentation, and respected increasingly among audiences, filmmakers and reviewers for its encouragement of artistry. It is not just a twist of the plot, but that is critical; it is the willingness to twist and turn systematically and not so systematically all or some or maybe just one of the elements involved in filmmaking, and that includes considering how a story idea might take on a new reality/perspective when created in a virtually constructed environment.

From fairies to zombies, the retelling of classic tales through machinima can offer audiences that often needed/desired “twist” to catch their interest and keep them engaged. The cinematic perspective should cater to our human emotion as well as our twisted and wonderful imaginations. On that note, I make brief mention of an upcoming motion picture Dylan Dog: Dead of Night, debuting Friday, April 29th. It was released in Italy on March 16, 2011. Dylan Dog is based on the dark Italian comics series (1986) set in London, and its cinematic interpretation maintains the idea that the main character is a detective who solves paranormal cases. His assistant is a zombie. Some tales never go away, but it is how they are reinvented on paper and screen that gives them new life. Machinima is as much an art form as the storybook, comic book, and the graphic novel, and as much as we want to create cinematic realism through this medium, we lest not forget to embrace its imaginative potential to takes us beyond mere capture into the world of ultimate creation.

Machinima as a choice in filmmaking brings its own challenges and rewards to storytelling – it offer us sometimes innovative ways to express and experience those timeless tales. As I close out, note in the references, a link to PsychoFlounder’s machinima trailer, The Beginning of the End, created through Garry’s Mod. Filmmaking choices even between machinima platforms do make a difference to your final look, conceptually and technically.