Book Release - Thanks to So Many! 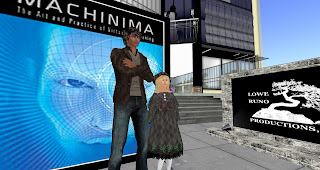 March 10, 2012.    That is one of those days of relief - the release date of Machinima: The Art and Practice of VirtualFilmmaking.  This is my fourth book, and co-authored with Lowe Runo.   It is published under our real names, and I have to tell you we put some real life hard work into it.    What we are most proud of is – its inclusiveness, all the people that were willing to contribute to our public roundtable sessions and the others who granted us time and permission for interviews, and others who contributed chapters and featured discussions after the chapters.
Birthing a book is a labor of love, and the process typically takes more than a year when dealing with academic presses.    We had the opportunity to go back before the final printing and make some updates.  But you know really, although there are many more people engaged in the process of making machinima, there are some basic tenants that remain timeless.  Machinima, even at its most abstract level, is about communicating to and connecting with audiences.   The people involved in this project are far too many to completely list here, and the book index and acknowledgments pay tribute to them to some extent.
The Contributors 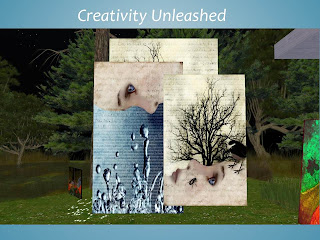 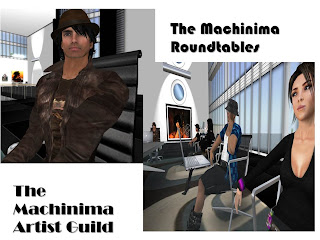 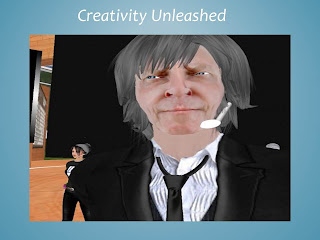 As would be expected, other machinima leaders and filmmakers are cited as well, and their accomplishments and advice were noted (i.e., Eric Call, Frank Dellario, Tony Dyson, Peter Greenaway, Ricky Grove, Hugh Hancock, Peter Jackson, Katherine Anna Kang, Kate Lee, Torley Linden, Sherwin Liu, George Lucas, Paul Marino, Phil Rice, Steven Spielberg, Jason Springarn-Koff, ColeMarie Soleil, and David Lewis Yewdall).
About the Contents
This book presents an overview of machinima’s rich and significant role in modern cinematic history, but it leans toward filmmaking in virtual worlds unlike other books.  Admittedly our book has an inherent bias to virtual worlds like World of Warcraft, The Sims and (particularly) Second Life, and touches upon emerging opportunities.   The Machinima Reader (MIT Press, 2011), edited by Henry Lowood and Michael Nitche, offers a significant analytical lens through its curated essay collection from film and media scholars and industry leaders from the gaming world.  I recommend it highly as a critical study into machinima’s evolution, and applaud it as the first of its kind to contribute to scholarly discussions of this maturing genre.    Our book, Machinima: The Art and Practice of Virtual Filmmaking, attempts to situate machinima in the mainstream of cinema, television and animation, and aims to develop the conceptual and technical skills of the amateur and the intermediate machinimatographer.   Topics covered include story and character development, setting and lighting, audio, post-production, and copyright considerations.   Those interviewed are mainly filmmakers, writers, actors, and artists producing and working within interactive immersive platforms.
Virtual Worlds Best Practices in Education Conference 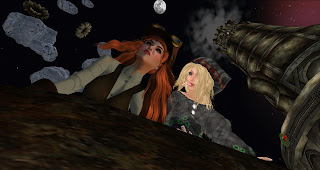 The book was released in time for us to take a break, and attend the Virtual Worlds Best Practices in Education conference (held March 15-17).  Lowe Runo co-presented with me for a session on machinima storyboarding in the Machinima Auditorium, near the close of the conference.  It was really a practical way to consider conceptualizing your machinima in an interactive environment like Second Life.  The idea is to develop your characters and plot in storybook form, so it becomes a creative means to pre-visualize the lighting and setting of the filmmaking environment and to allow for experimentation with animations and shot sequences; it also serves as an added-value to any machinima project.  A Steampunk Christmas: Adventures of Bel and Soni became a keepsake for us, and a roadmap to some creative projects in the future.  On stage with us was Best of SL Magazine's Society Columnist Kara Trapdoor and LRP filmmaker Belinda Barnes, a talented actress as well. 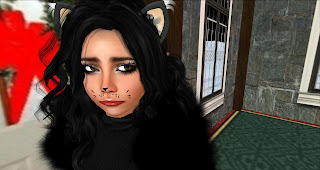 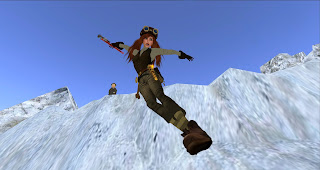 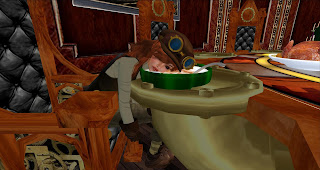 A significant amount of time was dedicated to the educational and creative practices of machinima through this conference, and kudos to all the MAG members that presented this year and those who entered their films in the competition.  (Special acknowledgement of media sponsors, Treet TV and Pooky Media, for being out front in promoting machinima to its fullest).
In Closing
I would to love to say that Machinima: The Art and Practice of VirtualFilmmaking (March 2012, McFarland) is the definitive voice on the history and practice of machinima.  We did attempt to do so, but really it is the latest so far - and such chronicling of past and present contributions are a community effort amidst a variety scholars and practitioners over time;  as I write this, there are so many uncovering links to its evolution  - most recently one being machinimist SpyvsSpyAeon on his site, Your Machinima.  Also there you will find information to the upcoming 48 Hour Film Project  - Project48Machinima, a wonderful but grueling event that ignites healthy competition and showcases machinima in all its fun and fury.  Legendary Hollywood special effects guru Tony Dyson (notably Star Wars) is one of the judges, by the way.
I would like to suggest, in closing, that our book offers a very practical guide to the making of machinima, and contextualizes it within the larger framework of media making.  We hope to engage many newcomers and media students into its potential as an art form and commercial applications.  We look forward to the continual growth and maturity of the machinima community. 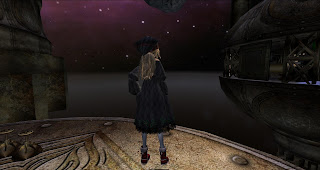 We will post announcements on a BOOK PARTY and some related events coming up in the month ahead, tentatively April 20-21st, taking into consideration the various time zones across the globe.  More to come…
The Professional Machinima Artist Guild graciously sponsors Sonicity’s blog Magnum: The Machinima Review.
Posted by Soni! at 9:59 PM 12 comments: