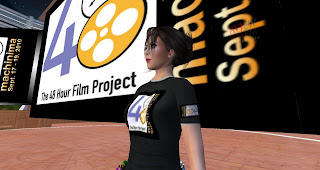 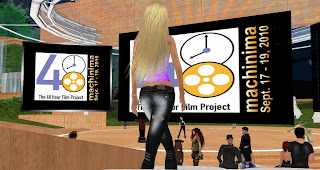 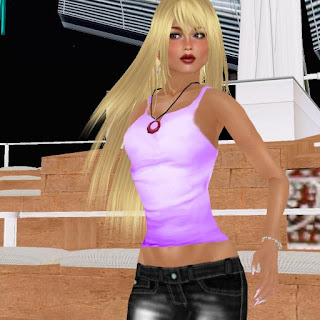 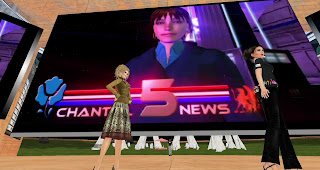 A Woman's Trial by Chantal Harvey

I was recently invited to write an article that focused on women machnimists in virtual worlds, particularly Second Life. This blog series represents the condensed version of my lengthy academic discussion into a blog series on whether whether there is a a feminist perspective - or let's just say a woman's perspective -in machinima and how might it be utilized to understand the role of women in virtual worlds. This is part 3 of five commentaries that will be posted over the next month or so.

Lainy Voom's recreation of H.P. Lovecraft's Dagon is one example of how avatars can portray credible characters. Voom is a well respected woman machinimist, who began to be noticed for her work in 2007, with the release of A Tale from Midnight City. New World Notes blogger and author of The Making of Second Life, Wagner James Au described her work as "pagan noir," and elaborating, he wrote: "In every element-- mood, photography, editing, storytelling, choice of shots, and more-- it transcends SL and machinima as a medium" ("Your Tube").

The main character contemplates her life in a darkly lit cafe. With a bit of flange added to the audio mix, the viewer hears "I will never amount to anything" amidst a swirl of her thoughts. As the mysterious winged creature, the soul catcher, enters the room, she acknowledges its presence calmly, as in expectation of this fateful meeting. Glimpses of a gun in her hand are revealed periodically. She says to the winged being, "I know who you are. I'm ready." At that point, she raises her gun to her head, and shoots, as the film flickers to black. The dark splatter on the floor implies her death. The film ends. The reason for her suicide is not disclosed, but the storyline does open up some possibilities for discussion on the portrayal of women in machinima. 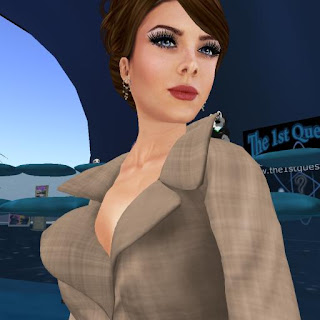 A Woman's Trial by MaMachinima Founder Chantal Harvey is another instance of machinima's potential to develop strong characters in short films. The MaMachinima International Festival (MMIF) invited more than 60 machinimists to participate in the second annual international real life and virtual film screening, among which one third were women machinima makers. A producer herself of more than 150 machinima works, Harvey has garnered a following for her features. In early 2010, she created a 9 minute film based on a work by 19th Century Transcendentalist author Louisa May Alcott, printed in the New York Ledger in 1868 (Graham).

It was then that Alcott attempted to persuade women to consider the benefits of freedom over marriage. Her comments were directed to the young women readers of her time. Harvey opens her film with a passage from Alcott's writings, as published in the Ledger: "One of the trials of woman is the fear of being an old maid." The passage continues,

To escape this dreadful doom, young girls used to rush into matrimony with a recklessness which astonishes the beholder; never pausing to remember that the loss of liberty happiness, and self-respect is poorly repaid by the barren honour of being called "Mrs." instead of "Miss." (Harvey)

Harvey carries forth Alcott's message with distinction. Her narrative is strong and unyielding, but implies deep reflection upon the part of the character she portrays. Is Harvey attempting to revisit Alcott's life? She would not be the first or only to do so, given a Public Broadcasting System (PBS) documentary on Alcott was released in late 2009 and the subsequent release of Kelly O'Connor McNees' The Lost Summer of Louisa May Alcott in April 2010. McNees' creates a romantic tale around Alcott's life as a young woman. The book is set in the summer of 1885, and weaves fact and fiction to depict Alcott's struggle over her choice between two paths, career or marriage.

In March 2010, Harvey released a machinima version of Alcott's message. The film begins with a closeup of a late-aged woman in a frumpy dress. Harvey narrates the story in first person as the main character, Gwendolyn, explains that she was a rich man's daughter, "who was once pretty, accomplished, sensible and good." The character notes, "I lived a fashionable life and found that it did not satisfy me." The film cuts to her earlier days of life, and acknowledges the past through its use of black and white images. Gwendolyn continues, "No lover could promise anything else except the promise of life itself." The film returns back to present day, and we see Gwendolyn alone on the streets, amidst empty cafes in Paris, France. Maintaining conviction in her voice, Gwendolyn states that she "never did find a suitable husband her father had hoped for. Instead I lived a restless, tragic life with many ups and downs." One begins to understand the consequence for and acceptance of her chosen path. Gwendolyn's independence, one begins to learn, is not merely her choice to remain married, but one that informs her opinion on life itself. The narration continues,

I have obeyed instinct and to this day, walk the path I chosen, and let me tell you, my sisters, do not be afraid. Loneliness is a natural state, loneliness is a thing that is natural amongst friends - and beyond life. (Harvey)

At this point, Gwendolyn stands on a ledge of the Eiffel Tower. The film cuts to another black and white image, in which she is dancing with a man from her past (real or imagined) while the director cuts to her falling from the tower (in color). Both scenes - the dancing and the falling - overlap, and now the past regains its color. The machinima was shot in Second Life, mainly in a simulated recreation of Paris 1900. This work is an example of the storytelling power of machinima. Machinima provides an accessible means to bring new life to literature using the game platform of Second Life and a setting already created within that virtual environment. The producer can create and fashion avatars. In this story, Harvey's voice affirms Alcott's message.

One begins to see the potential of machinima for easily and affordably bringing women's voices to the forefront. The character is a credible representation, and works well to stimulate dicussion on Alcott's work and the issues that she wrote about - marriage, suicide, sex, insanity, jealousy, anger and loneliness. At this point, one might appreciate the teaching moment, where art and pedagogy stimulate thought on women's role in virtual worlds, drawing from the past and looking toward the future. The metaphorical leap of Gwendolyn presents a starting point on various paths women have taken throughout history. 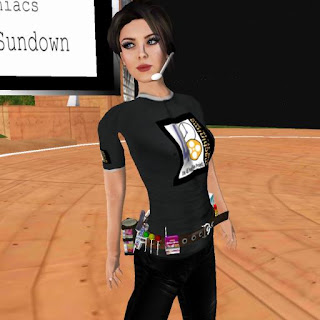 Photos are from the screening for the Machinima: 48 Hour Film Project (September 17-19) in Second Life at the University of Western Australia/Best of Second Life Auditorium. http://slurl.com/secondlife/UWA/6/248/1638
The event is produced by Chantal Harvey, btw. 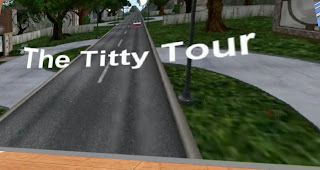 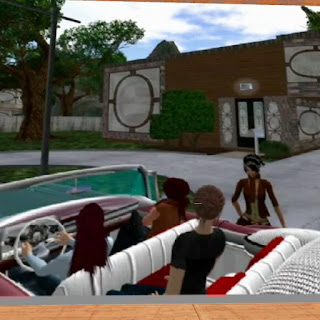 Next week, I will take a detour from this series on women machinimists, and take a look at the relevance of that machinima event - and really it is very much related to this series on the woman's perspective.

Forthcoming, Machinima: The Art & Practice (McFarland, 2011) by Sonicity Fitzroy and Lowe Runo. The Professional Machinima Artist Guild graciously provides syndication of Sonicity’s blog Magnum: The Machinima Review to Aview.TV/Sonicity/
Posted by Soni! at 6:48 AM No comments: