Machinima Encounters of the Women Kind: Part I 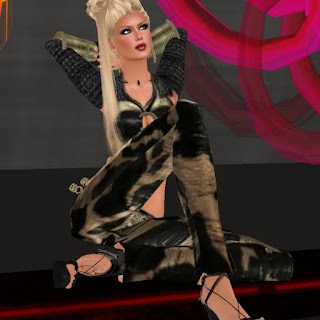 Media in Second Life is alive and well. Pop Art Lab Publicist Persia Bravin (above) is extremely supportive of the media community, from live music performances, video and machinima streaming, installations, and so much more. Art Breakers is one such event that is currently underway at PAL. She is definitely a media queen in many aspects, especially in regards to her conceiving and organizing major media events. 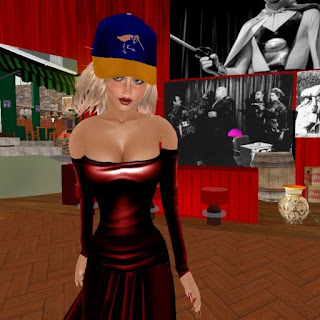 But let's narrow down the media field to women machinimists - the virtual female filmmakers who give us a glimpse into their cinematic encounter with Second Life and other platforms through their personal lens. My blog title for this series might be a bit misleading and perhaps borderline exotic. But there is something extraordinary about women tapping into the medium of machinima as an expressive and communicative tool. I would like to think that I planted a seed when I decided the best way to gather various perspectives for an upcoming book on machinima was to simply bring people together in a series of roundtable discussions. The meetings were quite successful for gleaning information about SL machinima and other platforms. They were held at Lowe Runo Productions (Island of Fame) during early summer, and Lowe Runo, my co-author, happily moderated the discussions along with me. The good news is that MaMachinima Founder Chantal Harvey has subsequently continued similar topical discussions on machinima Monday nights in Second Life. 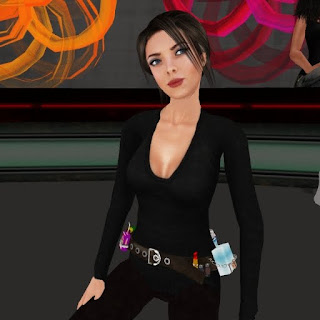 She is joined by machinimists Toxic Menges and Phaylen Fairchild, who moderate the discussions. They are three strong women who take their machinima production seriously, even when they do comedy. They and other women virtual filmmakers are making their mark on the machinima field.

The spark for a blog series on women machinimists was triggered when I was invited recently to write an article on the topic, particularly focusing on Second Life. I have decided to condense my lengthy academic discourse into a blog series on whether there is a feminist perspective - or let's just say a woman's perspective - in machinima and how might it be utilized to understand the role of women in virtual worlds. I will break down this discussion into five parts over the next month or so.

Let's begin by stating the obvious. More than a dozen women in Second Life appear to be taking a strong role in producing machinima. You have to wonder if machinima's accessibility serves as a way to encourage women to become media makers in virtual worlds, as well as allows us an inside look into how women play or are played in various massive online multi-player roleplaying games. Reports of glaring disparities pertaining to the advancement of women in mainstream media might be one reason to take a peek into cybermedia opportunities in virtual worlds.

Alas, women media makers have become a significant force in Second Life, in number and influence. They are involved in every stage of the process, regarding the creation, production, and distribution of news and entertainment content. There is a growing artistic and professional practice emerging around machinima, particularly around women. The history of machinima is less important in this discussion than its current practice among women producers, and especially among women producing within Second Life.

Any examination of women's machinima roles is not merely an attempt to document the accomplishments of virtual filmmakers, for that alone would be a worthwhile venture. Rather, it is through these women filmmakers that one begins to understand how identity can be examined in virtual worlds through these media artifacts. One program that has particularly appealed to the business, media and academic community is The 1st Question, an extremely popular quiz show written, produced and hosted by Pooky Amsterdam of Pooky Media. It is taped in front of a live audience, and rebroadcast for virtual television and the Web. Beyond her popular quiz show, she has produced corporate machinima and comedy features.

Women filmmakers increasingly are creating feature-length programs and series that can be viewed independently of virtual television. These projects are typically screened at machinima festivals within Second Life, and more so in film festivals across the world. Machinima is competing internationally at what was once solely traditional film festivals. One of the more prominent festivals inside Second Life is the MaMachinima International Festival (MMIF) founded by Chantal Harvey. The group name alone has created interest among women producers and those wanting to get involved in the process. In 2010, the festival was held concurrently in Second life and in RL Amsterdam. Among the many women's works featured at the festival was the machinima of Larkworthy Antfarm, Phaylen Fairchild, Chantal Harvey, ColeMarie Soleil, and Lainy Voom (alphabetical order). The machinima of these five women offer us a glimpse into how women are portrayed in virtual worlds by themselves. Over the next month, I will take a long at the work of these women, as well as offer some related observations. 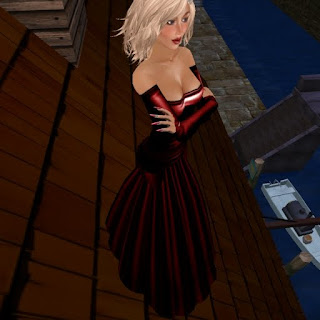