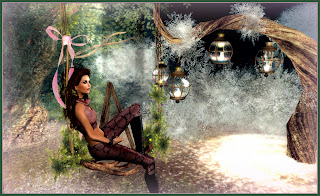 Spring is in the air for me.   March winds consume Midwestern USA still, but you can sense the seasonal change.  Birds, bees and busybodies begin to emerge from shelters.  Someone was actually mowing his grass yesterday waking me up to his annoying tractor.  So what if it were noon.  I mean it hasn't been declared officially spring yet.  Let the grass grow.   And I will remain tucked into my alternate universe for a bit longer, seeking out the unique among machinima.

But within the virtual world of Second Life, there is always something going on, without any weather to curtail your fun (unless your power goes out from a snow storm).   I call attention to the fine art of social machinima, done particularly well by Ms. Kara Trapdoor.   Another Midwestern gal, she has become a very talented machinima producer, and has been asked by many to photograph and film some very extraordinary art, architecture, and events, from Lost World's closing to March's Fashion for Life. 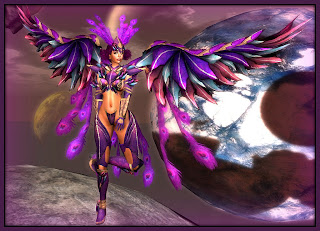 She captures the fantastic builds across Second Life, beautiful fashions and virtual finds, and brings large casts of avatars together to create spoofs on the latest, greatest trends, tunes or just makes it up as she goes. 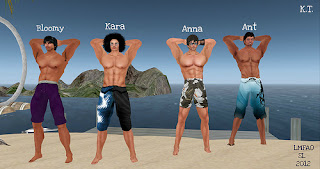 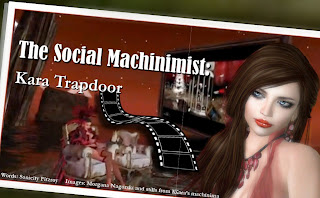 She is an explorer of the virtual kind, and she has increasingly used machinima as a primary means of capturing virtual life, with her space navigator in hand (sailing the virtual seas like a musty ol' naval captain - although she is far from musty, and has crafted her avatar into a beautiful icon as well, costuming her uniquely for each machinima she produces, as one might expect any seasoned tour guide to do. 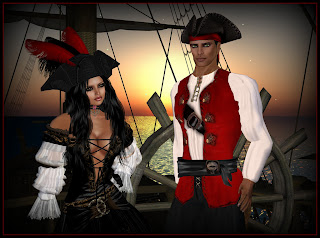 I interviewed her for the March issue of Best of SL's Masters of Machinima Series (p. 28).   She is indeed a leader of social machinima, and does lend credence to the rising population of professional amateurs who by day appear to be normal citizens, plugging along in the day job - and at night, they emerge with camera and capture the alternate universe into machinima. 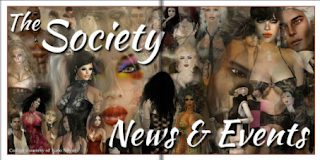 For a time she was the "society" columnist for BOSL Magazine. Oddly enough, in her real life job, she is a social worker.  So it does all fit together somehow, I suppose.  Read her story here. Many of her machinima can be found on YouTube or on her blog - Kara's Korner: Second Life Adventures.

Machinima in many ways has become a way for some filmmakers to seclude themselves into the game engine, archiving footage for their own personal stories.  Machinima, however, was originally intended as a way to share footage and game plays, and brought people together as participants - stakeholders in the process you might say.   Kara's vision is to archive the great world of Second Life, but to do so with as many people as she can, whenever possible.   Her audience base grows because of her inclusivity.   Machinima.com has found its audience base among 18-34 men.  Kara's audience is a mix of art lovers, musicians, educators and those learning what virtual worlds offer in the way of creativity in an immersive environment.   It is a way for students to understand their environment in virtual classrooms.   It is a way for us to remember our virtual past and to imagine our future.   It is a way for us to connect via film, albeit machinima.   It connects many to their respective game and virtual world communities.

Another way to build an audience is create a show around a game via webisode, such as Machinima.com has and continues to do;  http://newmediarockstars.com/2013/03/machinima-unveils-new-web-series-based-in-the-portal-universe-aperture-rd/

In this sense, game players connect via the series.

Second Life, in another sense, is an unfolding drama that can be captured via machinima on-the-go, or can provide opportunities for well-crafted storytelling among individuals within virtual communities.

I teach a course called Virtual Communities every Spring semester, bringing my students on campus into Second Life.   They are amazed at the various people and communities that have come together to create such an amazing world filled with unlimited adventure. Second Life is the foundation for an amazing future...coming soon....with perhaps Kara Trapdoor as your guide.