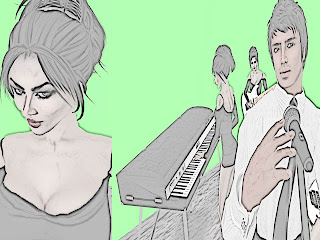 the-$10,000-Linden Question-of-the-day is: What does it take to complete a book on the aesthetics and practice of machinima? Hmmm, let’s see, at least a year of solid research, and many more years of professional experience in media making - not just from authors Lowe Runo and Sonicity Fitzroy, but the larger machinima community.

Machinima is unique, but its makers do draw from other media practices. Then of course there are various perspectives from the machinima community, and it becomes difficult to include them all as well as all platforms.

So many talented people were not included in our book, and partly it had to do with their commitments at the time when we made a general call for machinimatographers and their supporting community. Yet many did contribute to the making of Modern Machinima: Aesthetics and Practice in Game and Virtual Filmmaking. The manuscript now awaits the first round of review by the publishers and the process continues through the summer months, with a Fall 2011 release scheduled.

After many draft rounds, and with the authors realizing the diversity of platforms and methods in making machinima, we decided it was best to focus on the transformation of an idea to machinima – the story or vision that drives the work, by (1) contextualizing machinima within the schools of thought and practice within cinema, television and animation (all with rich histories), (2) underscoring the essence of storytelling that runs through virtually every machinima project, and (3) inviting producers, actors, educators, artists, broadcasters and so forth to share their expertise and experiences.

A series of roundtables were administered through Lowe Runo Productions, LLC, to provide an open forum to guide the authors, and those views often found their way into the text of the book. It was certainly an inclusive process, and as a result the book is stronger for it. It tends to lean toward those interactive, immersive, massive multi-player gaming platforms, like Second Life, War of Warcraft, and The Sims, while acknowledging the larger historical practices of other game engines.

The book brings together my perspective as a media maker, particularly one who dwells within sound, and my co-author’s expertise in the crafting of still and motion images. He also loves to blow up things and I do think the chapters on sound and post-production exemplify our respective interests. On the other hand, every machinima needs a theme of some sort that entices the viewer to watch, and to continue watching. That is the heart of machinima. The pulse may vary among producers, with some works more reflective at times, and others that sweep you off your feet and barely let you catch your breath.

And some machinimatographers would likely make John Alton proud, ascribing to his classic Painting with Light (1949), one of the first books written on cinematography. Alton was a renowned cameraman who could tell a story through lighting. Alton is known for his film noir lighting in American in Paris, among other films. He broke all the rules and challenged directors to look beyond available technologies and techniques to light the story by first visualizing it. Alton painted first with his imagination, and then he sought ways to arrange the set and characters to tell the story. He challenged the conventions of other technical directors. Alton approached lighting as an artist, painting a scene through color, shadows, and innovation. He was not flustered by the limitations of technology, neither should the machinimist.

Next time, I will focus on the work of Toxic Menges, an artist and storyteller of Alton’s standards, who experiments with the virtual potential within Second Life to achieve quality machinima with minimal post production.

For now, I put the main thrust of the book to rest, for further discussion when its publication draws near. I will continue to highlight the works of its contributors, as well as others – and other issues and themes that seem appropriate to achieving and exhibiting magnum machinima.

A number of machinimatographers and members of the supporting community contributed to our book as interviewees, contributing writers, and/or participants in roundtable discussions: 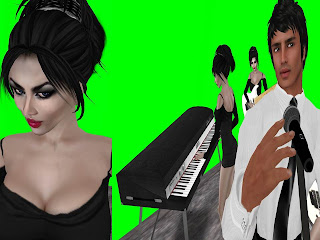 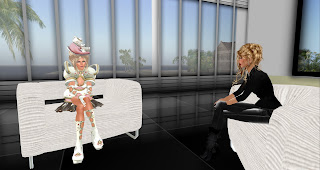 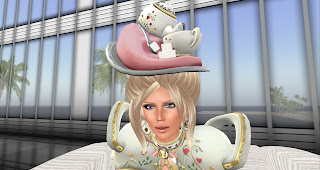 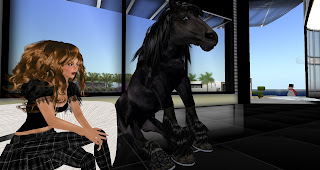