GA-GO and The Machinima Expo 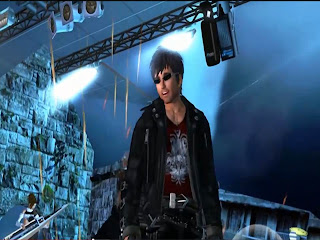 On November 16-18, The Machinima Expo will feature a number of talented machinima artists, and one of those videos were produced by Takuma ”Gago Gigamon.” G-Project 2012 “End of The War” was among the films nominated in the 2012 Machinima Expo. For this project, Takuma tapped filmmaker SL MAG’s umekobutya Beck, an extremely talented Japanese machinimatographer. Takuma edited the film, and did the sound design. 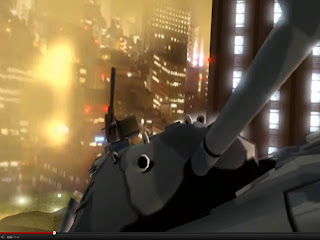 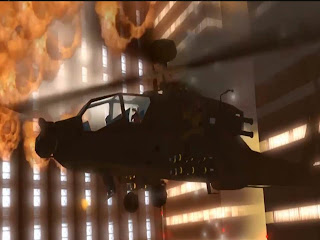 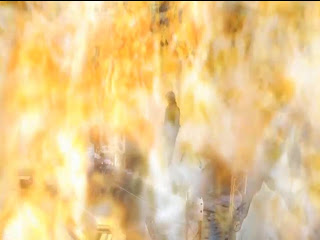 You can watch the video here:  [http://www.youtube.com/watch?v=jl1mimqvn_c].

A Word About The Expo
The Machinima Expo was founded by RICKY GROVE, an amazing man himself.   He’s proudly an ex-Hollywood actor after a long successful “film/TV” career, and today he is on the most wanted list for machinima voice talent.   Ricky likes the independence that machinima provides the producer.  Now, a big part of Ricky’s life has been producing Machinima Expo, in its fifth year.   The 2012 expo producers were Ricky Grove, Pooky Amsterdam, and Kate Fosk.  The screening team was Sean “Armanus” Heimbuch, Damien Valentine (Darth Angelus), Ricky Grove, thebiz, Eddie Dugan, and Kate Fosk.   I was honored to be part of the juried panel, and in very good company (Joseph Farbrook, Frank Dellario, Susan Johnston, Phil Rice). 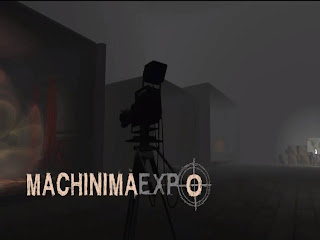 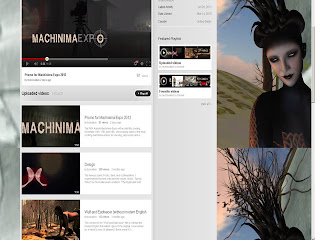 See the Machinima Expo site for info on the upcoming festival, and who’s who and what’s what.   When you are there, check out Hypatia Picken’s commissioned trailer promoting the festival.   I also had the wonderful honor of interviewing Ricky for the November issue of Best of SL Magazine in the on-going series, Masters of Machinima.   Read the complete BOSL feature story online or in-world.   Pickens was featured in an earlier BOSL edition.

The thing about The Machinima Expo, especially for SL filmmakers, we get to see what others are doing in other platforms – and they get to see what we are doing inside Second Life.   There is a long tradition of live music in Second Life, and with talents like The Follow, Mankind Tracer, and many others – machinima seems to be a creative tool that has helped in the promotion of these bands.    In another sense, a good story told through music, with some good visuals, offers great potential for bringing together audio and visual elements in unique presentation.

Music and Machinima go together like birds and feathers, hot dogs and baseball, apple pie and Mom, and so forth.    Sometimes you happen upon an event that sparks your interest.   This time, the spark for this column came from my interview with Ricky Grove, and began to evolve from there.   All the pieces – machinima and music and the Expo fell in place last Friday when I was teleported into an amazing event by Belinda, a.k.a. producer of Gangnam Furry Style SL machinima.  She makes no apologies for her love of music and machinima, and a heavy dose of post-production.   So, of course, she would bring me to the GA-GO concert.   It was part of a larger live music event that day, but what got our attention was - its founder Takuma “Gago Gigamon” calls his band – a machinima band.  He literally put on an explosive show, lots of lights and even GA-GO dancers! Pounding beats, lots of enthusiasm and a Westernized rock-n-roll high fashion sense were other ingredients.

One can trace the art of dance to the visual arts historically, and more recently contemporary media has illustrated the relationship between music and film through the birth of MTV (which is so far from its original mission, but that is a different story).    I could further point to the link between animation and music, and that too has had a long path.   Think Beatles.   Think Pink Floyd’s The Wall.   Full Metal Jacket – does that ring a bell?  That’s only a few examples.    Some producers have enhanced silence films with soundscapes and music-scapes transforming the meaning of the visuals.   I consider music machinima as an important aspect of our media culture, popular and alternative.    I wrote in depth about that in my book, Machinima (with L. Runo, McFarland, March 2012), and I credit much to R. Murray Schafer (Tuning of the World, 1977) and Paul Miller (a.k.a. DJ Spooky, MIT Press) for opening my ears to a whole new sonic world more than a decade ago.

Add to that, I had an opportunity to study the influence of Japanese sound culture and music on Western culture; I found that an extraordinary learning experience.   Henry David Thoreau’s was inspired by Eastern philosophers and their ways of turning into the environment.   For Thoreau, he tapped also into the burgeoning industrial soundscape of modernity (a phrase coined by sound historian Emily Thompson).    Japan is both a visual and listening culture.   There is a respect for silence in public places, along with a continual appreciation of natural environments and their sonic persona.    It is a sense of knowing time and place, understanding the need for silence on one hand, but totally getting the need to push the envelope at times.  There is a time to totally let loose and let technology have its say.   The surge of creativity can be heard and seen through anime and other visual art forms.    Music is shared via those experiences.


Japan’s Visual Aesthetic
In the book Japanese Visual Culture: Explorations in the World of Manga and Anime (by Mark W. Macwilliams, 2008, M.E. Sharpe), there is a quote by Jean Marie Bouissou that makes note of the Japanese “aesthetic of excess, conflict, imbalance, and overt sensuality.” Some of that visual aesthetic is captured in GA-GO’s machinima, filmed by SL MAG’s umekobutya Beck. There is definitely a Western sensibility in the machinima, and plenty of James Bond-like action. Takuma is a RL rock singer, and he puts on a high intensity rock show in SL. That kind of feeling is captured in the well-produced machinima.

Takuma told me, “the ‘possibility of new music’ can be pursued in the virtual world. ‘GA-GO SL Ver’ is a Japanese machinima rock band.”   The band is a virtual take of the RL band, and it’s based on the “hot 80's rock music scene, with a very heavy, loud sound and experience in entertainment,” and when you can hear Takuma “shout out and the audience responds in Second Life,” he says, “It's insane!”    He enjoys the diversity among his listeners/viewers, and hopes his music “resounds in the souls of young and old who find this an exciting dream in a chaotic age.”

The band members in SL differ from RL members.  The SL members are builders and creators, and help with the lighting, dance and overall production of the show.  Setsuna is a builder who has been involved in the creation of the Miss Virtual World stage and the sim build for the Ashraya Project.

Takuma feels fortunate to hear his songs in SL, for it has made possible what he thought to be an impossible expression.   To him “the place of expression is Second Life,” a virtual world that allows for new music and new ideas.

In RL, the band is simply known as "GA-GO" and they are very active in Kansai, Japan.

Special thanks to Sakurako Watanbe, owner of the Kumashon Shopping Mall, for hosting the SL event shown in some of the above photos (taken by S.F.).

Bel and I will see you at the MACHINIMA EXPO. 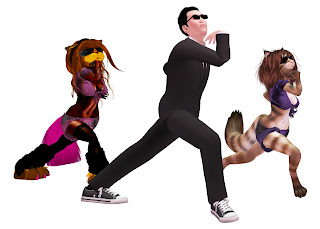