Miles of Laughs: All That Machinima Jazz 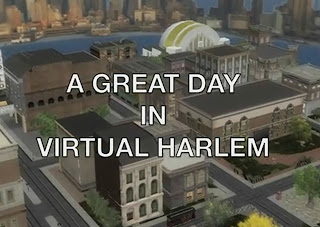 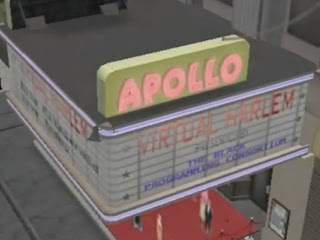 "Hey ya'll, Jazzologist Miles Eleventhaur reporting to you live from one of my favorite places on the grid - Virtual Harlem.  You know a lot of people love their fantasies in these virtual worlds.  You can live in space, underwater,  you name it!  Still, every now and then it's nice to see a little reality from time to time.  So when actual reality gets to be too much for you, with all the craziest going on in the world,  nowadays...it's cool to have a virtual place to come to that is not as crazy but still isn't too far from home."   - A Great Day in Virtual Harlem, October 23, 2011.

Don't let him fool you!  Miles is part of the "crazy" scene in Second Life - when it comes to a good laugh, Miles is ready to roll film.  Heck, he's in front of the camera.  He loves the spotlight - and it loves him!  He's got a great sense of humor - and perfect timing.  Just like the music loves, he's got  the rhythm in him.    It comes out during his DJing and his machinima, and among close friends.   He is a natural in front of a camera and audience. Any other time, he's a gentlemen, quite reserved at times.    You would never know at first glance, this suave guy is a natural entertainer.   He's got some business sense, of course, for he does well on the grid, as one of the top DJS.   Just there's something else about him - something that you cannot bottle or box in any world, let alone Second Life. 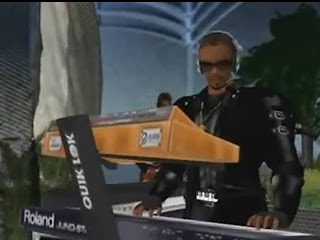 He's on - always - ready to take the stage at jazz clubs spinning tunes, on the streets chatting up local history, and just hanging with good friends, talking about music, movies and any virtual mayhem he can conjure up for his next skit.   He's been on the grid for a few years now, thanks to some of his comedic mentors;  he notes Phaylen Fairchild (DiVAS) and Pooky Amsterdam (Shrink Wrapped) as influencing him. 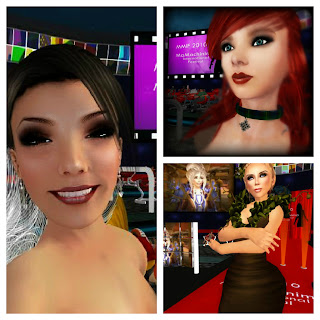 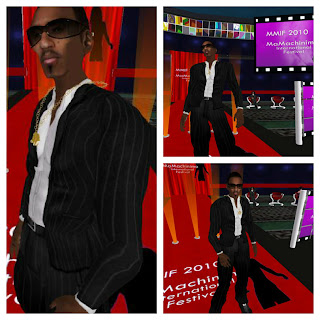 I remember first seeing him in 2010 at the MaMachinima International Film Festival (MMIF), and Lowe Runo and I agreed that his first machinima was as good as many of the professionals exhibited that day.   He turned heads then, and he continues to do so - and ears too.

Miles Eleventhaur has done it all - just about every form of machinima, some "on the scene" reporting to music parodies and presidential impersonations to just about whatever he gets the bug to film.   He's a big city guy, with a bit of funk and sass when needed, but mostly he is homegrown - just like the music he plays.   He is an original.  Machinima just helps him bring that out.   He's the local virtual celebrity that will tell you what's up on the grid, and that might be at Virtual Harlem hanging with some good friends, and giving us a lesson on African-American history, or that might be doing a parody of President Barak Obama or Michael Jackson. 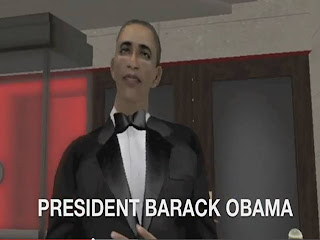 You never know with Miles - the guy is a jazzologist - and you know jazz is all about fusion.   Miles is wired to think out of the box, and in fact, there's no category really for Miles - writer, dj, actor, musician, filmmaker, historian, etc.

As part of the on-going series, Masters of Machinima,  I interviewed Miles for the February 2013 issue (beginning pp. 166) of Best of SL Magazine.  The article profiles his SL and touches a bit on his real life.  Miles is centered by music - his creation of it as well as his love of it.  That influences heavily all that he does.   But there is much more to Miles.   He's a funny guy!  And he uses machinima to parody music, politics and pop culture. Miles shows us how machinima can tap into political and social themes, and do so by still entertaining audiences. 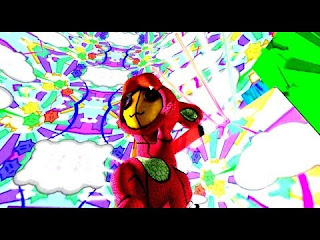 Draxtor Depres (known for Flufee on a Meshion) used Miles' Obama impersonation in one of his films.   Comedy, if done well, has a way of bringing us together, letting us examine ourselves and society through parody.  And that is something Miles does well.   Miles tried his hand at stand-up, once -   "I didn't want to screw up here in New York where people knew me. So I took a train to Philly to do some comedy competition. I got through it, but that is some scary stuff, man.  I've always drawn and written my own comedy. I just went from cartoons to machinima."

It's about storytelling!  "I feel my ideas have gotten me around some major technical problems and equipment limitations.  As far as content  I'm doing now what I've been doing since I started drawing Snoopy and The Flintstones as a kid:  spoofs and parodies.  Machinima has allowed me to put all of my interests together - writing, editing, music scoring, and voices."

Miles muses, "Musicians are naturally very funny people.  At least the ones that I grew up around.  I
haven't met one that doesn't love Bugs Bunny.  And there's kind of a a Queens, New York thing that has a comic rhythm in our basic conversation."

Here's to Miles -  and Miles more of laughs to come, we hope!