This Was Halloween! Machinima 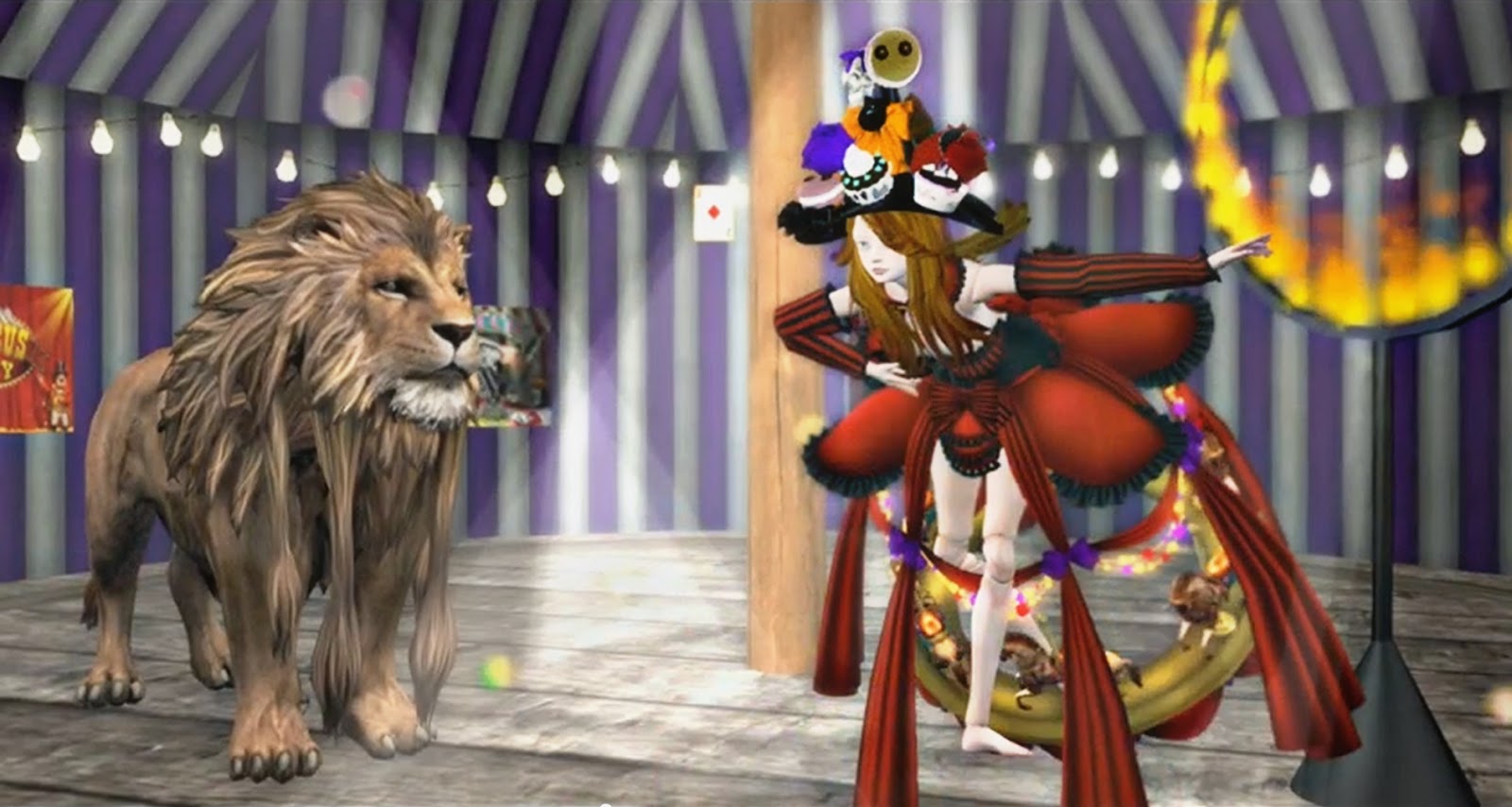 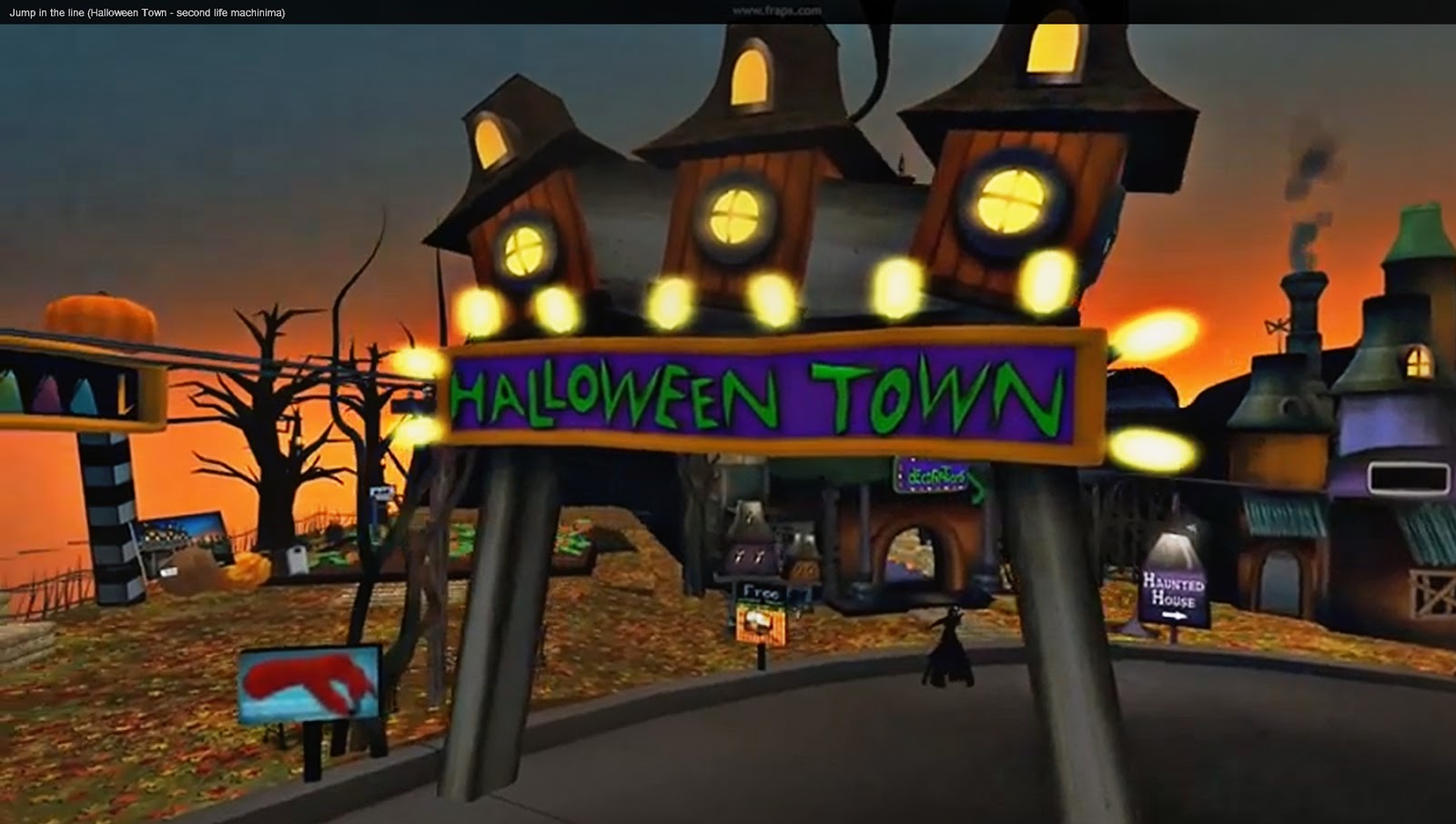 Now that all the treats have been consumed, and you are completely exhausted with costumes, horror movies, and Rocky Horror theatrics,  it is time to reflect on how machinima fared this year over the season.  Lots of treats, a few tricks, and a good time for all - producers and viewers. 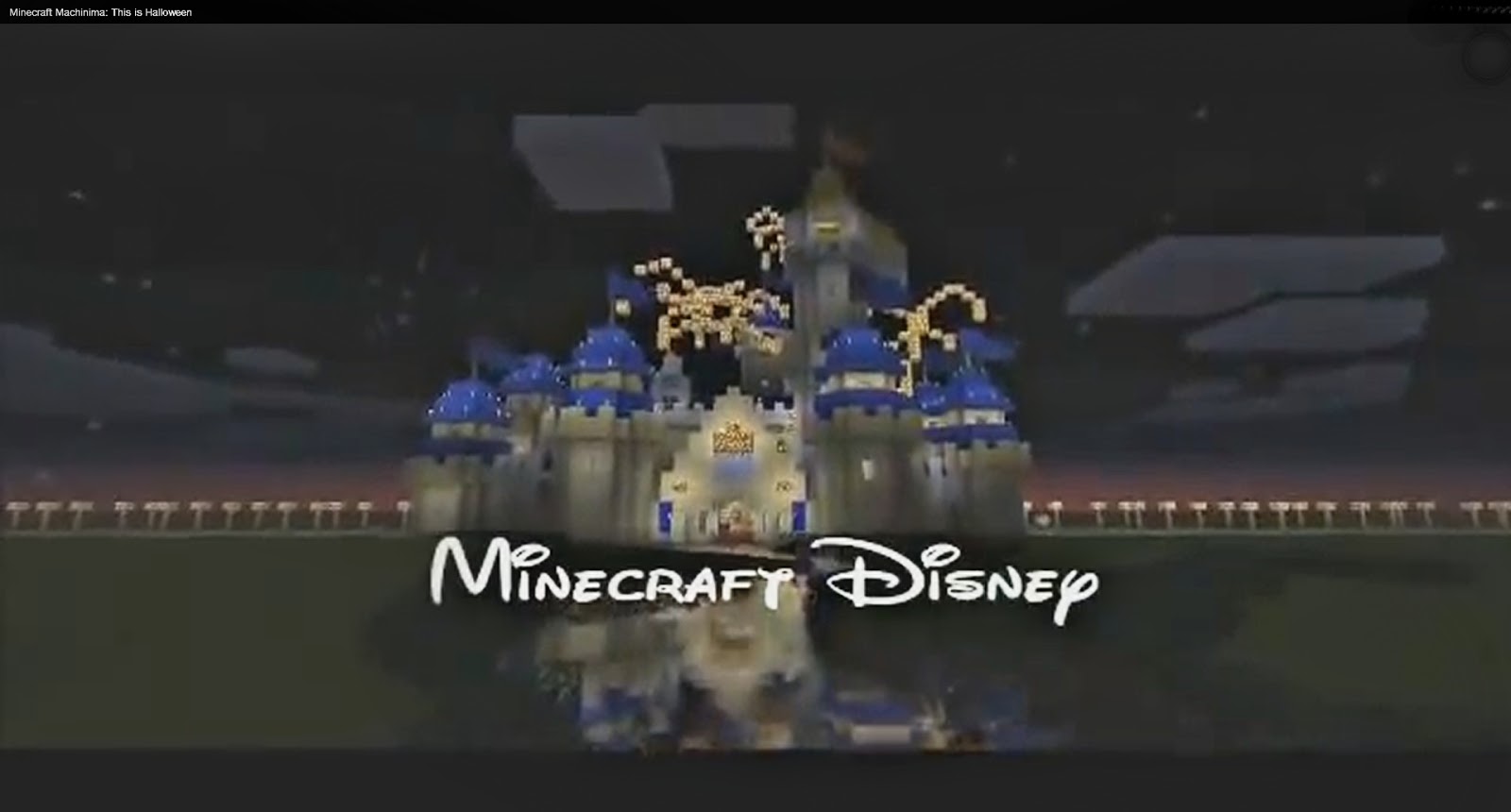 Just doing a quick web search should indicate some paranormal activity among machinima producers.  I particularly hunted for 2014 features.  I really anticipated much more machinima on topic, and there were only a handful that actually attempted storytelling of some sort.   Regardless, lots of people had fun doing random game machinima and commenting on the footage in real time - just not what I wanted this time around. 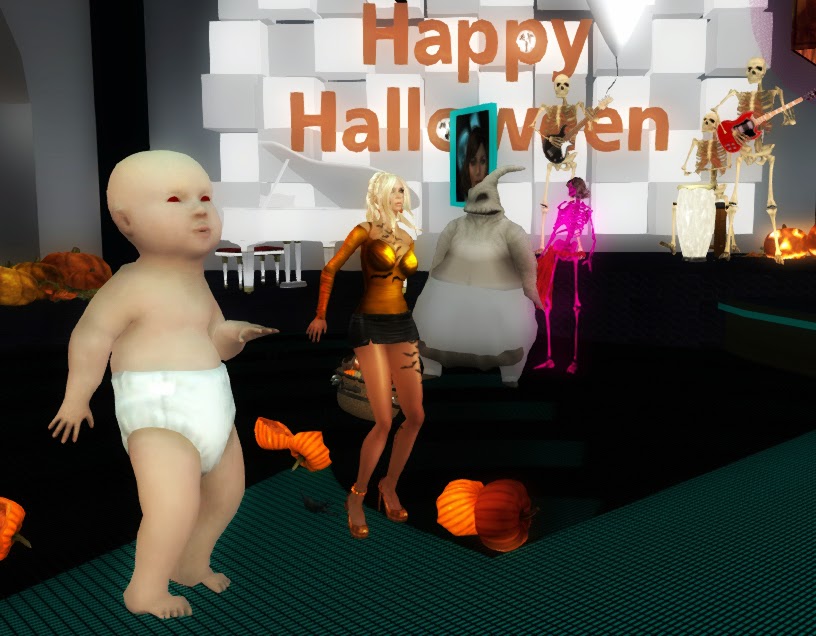 So why Halloween - I mean it is after the fact, right?   For me, I like to see what stands up once the holiday is gone, when we are all worn out on the season - what is still worth watching.   From the dozen that surfaced online, I selected the following based on uniqueness, diversity, and the charm and efforts of some obvious newcomers to virtual filmmaking.  Among my finds were many Minecraft, a few World of Warcraft (only picked one), one Sims and three Second Life. 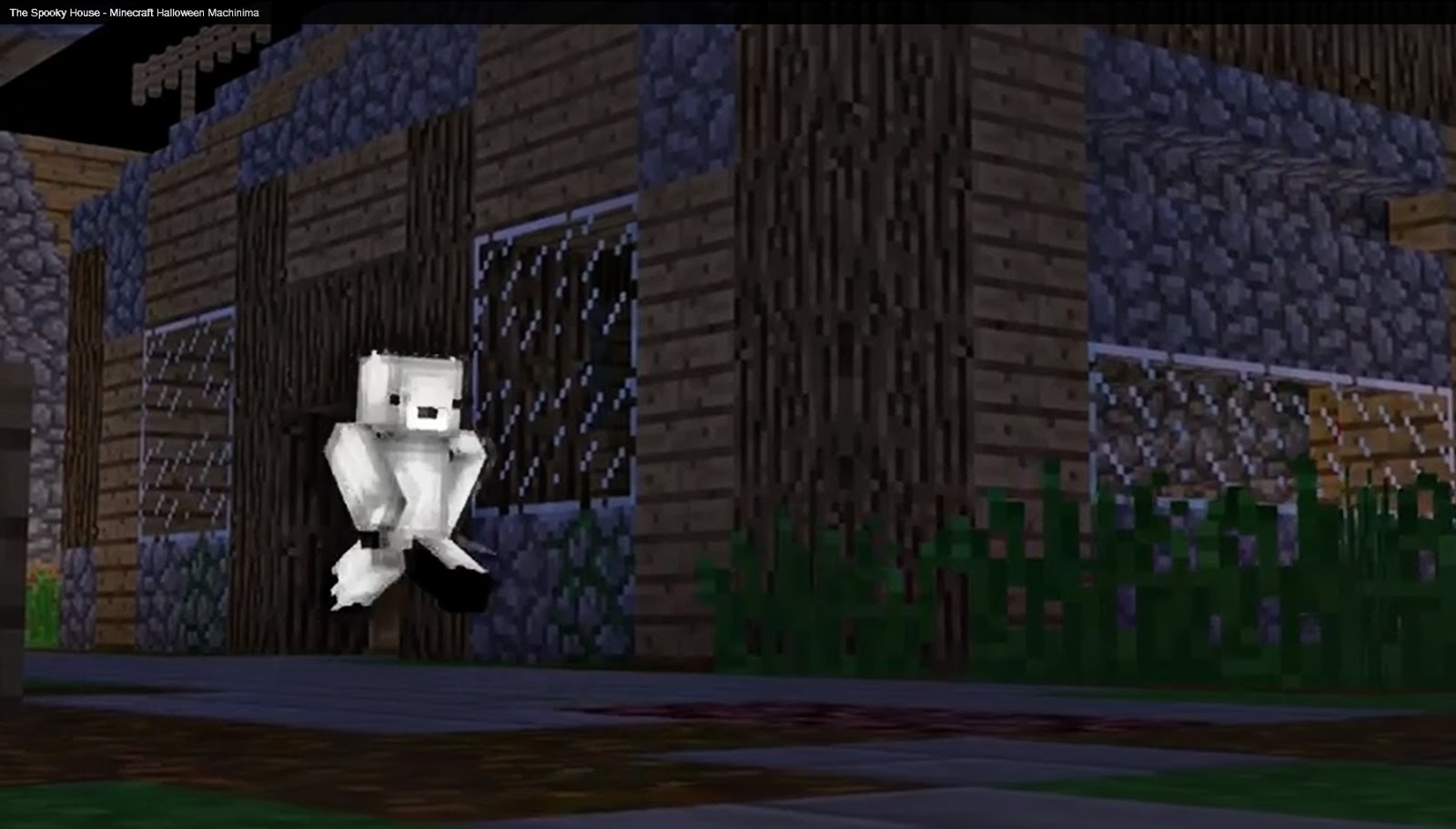 Minecraft has inherent humor that works well for machinima.  For example, when the characters want to give someone something they sort of toss it off their body.   So in some of the films, you will notice pumpkins and candy being projected at them, rather than being placed in treat bags.   You will see that in two of the first machinima.   For some reason, Minecraft treaters are fun to watch and that seems appropriate given the platform's popularity among youth and young adult demographics.   For some reason, the issues and bugs that bother SL Machinima producers and viewers do not seems so problematic with Minecraft fans.   Does the platform really have to be "realistic" for it to make sense for us to like it?

Machinima is not a designated path; it is a means towards communicating artistically or not-so-artistically - or however you define creativity and entertainment, whether it is for an audience of one or thousands.  The seasoned and amateur both have a right to utilize the tools, and that is how people improve along the way.   The skill level is varied among the featured Minecraft machinima. 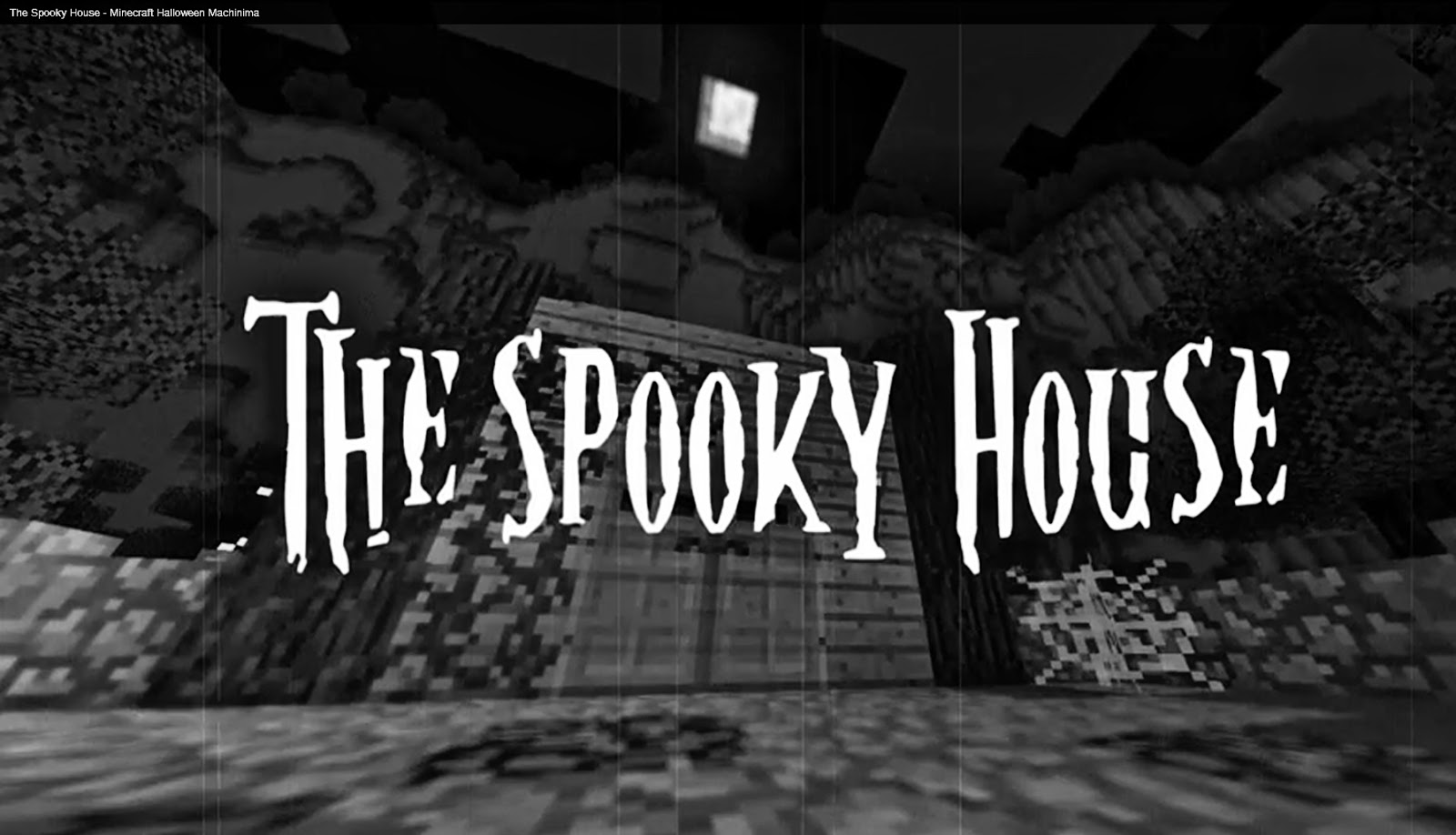 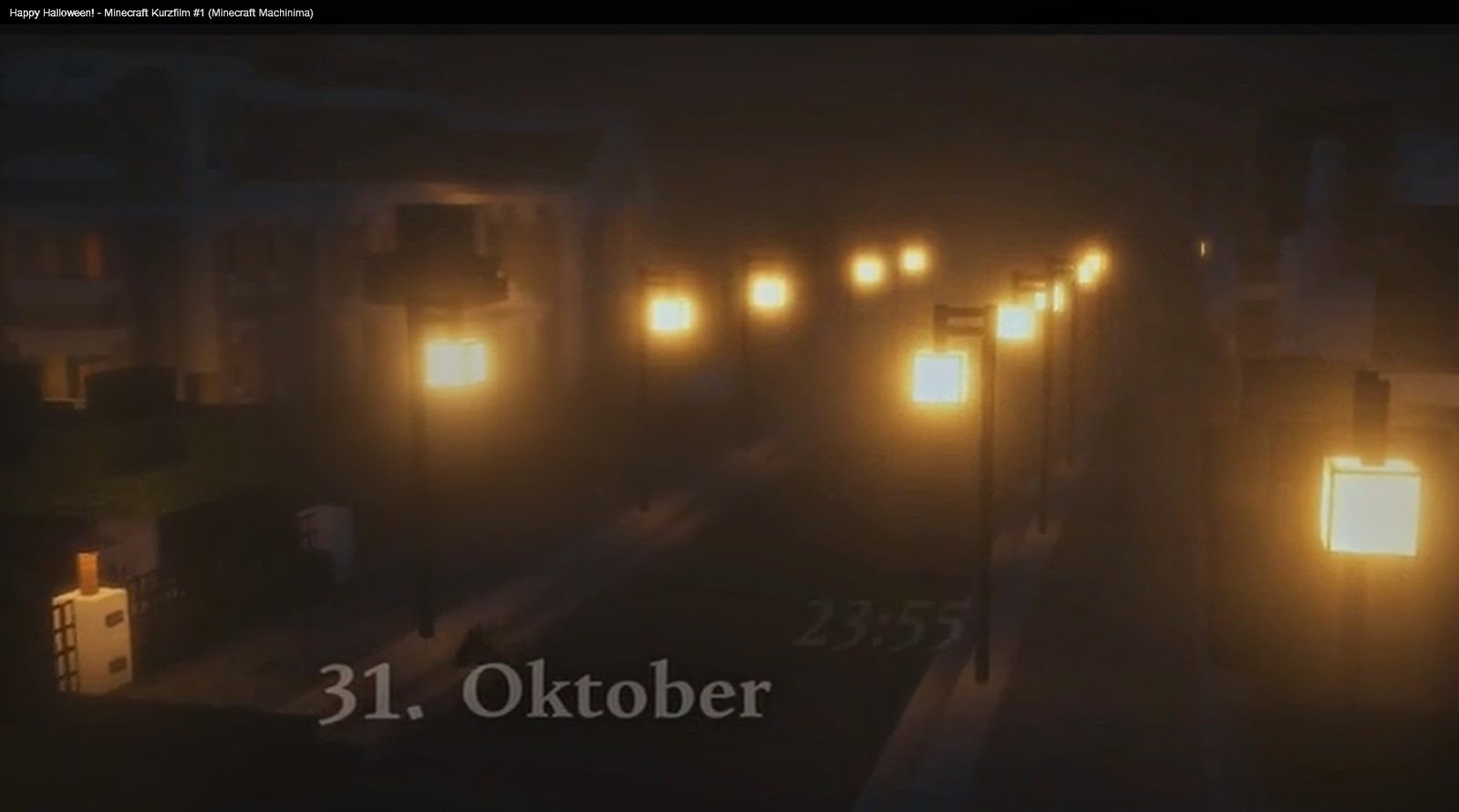 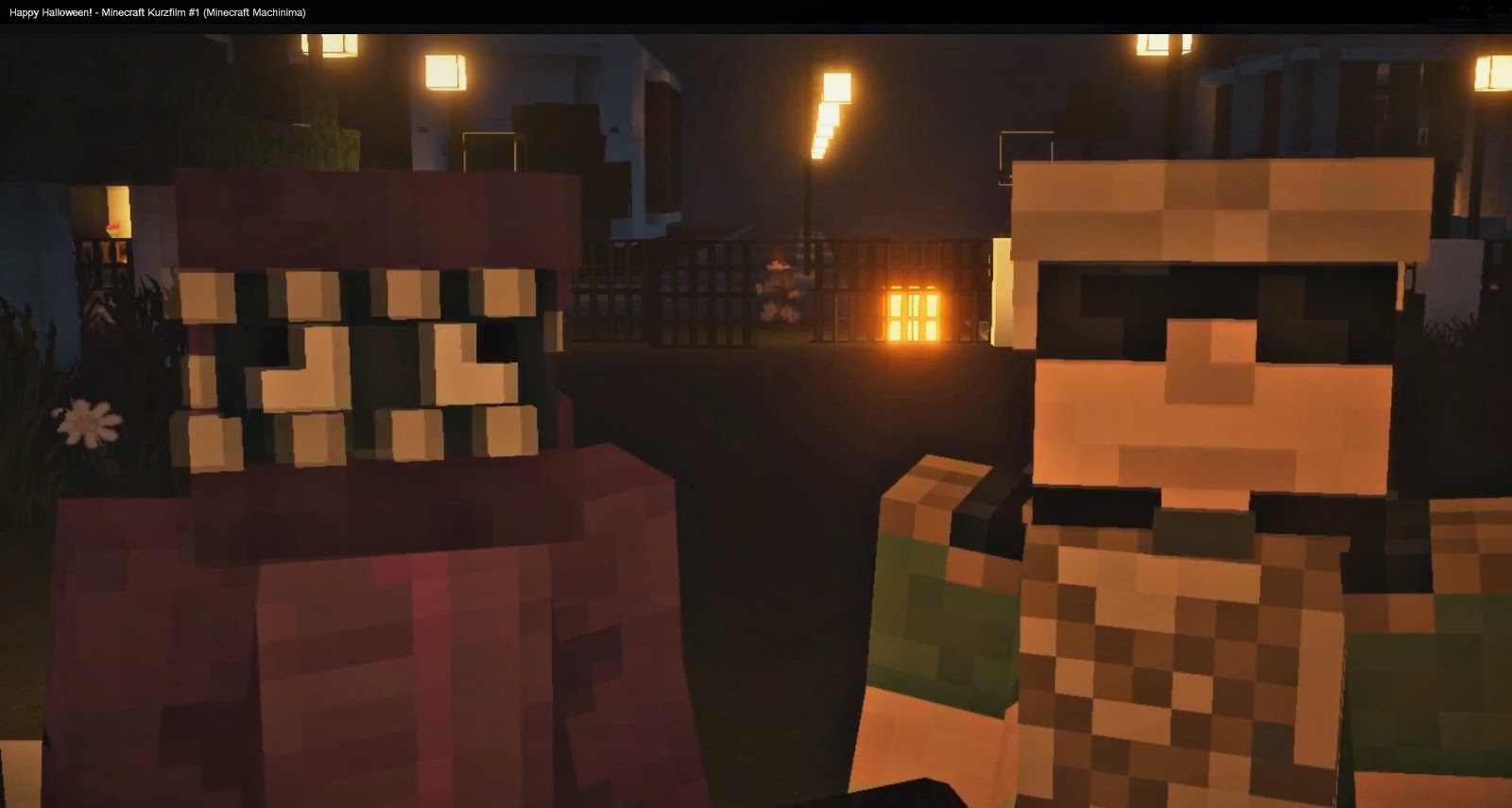 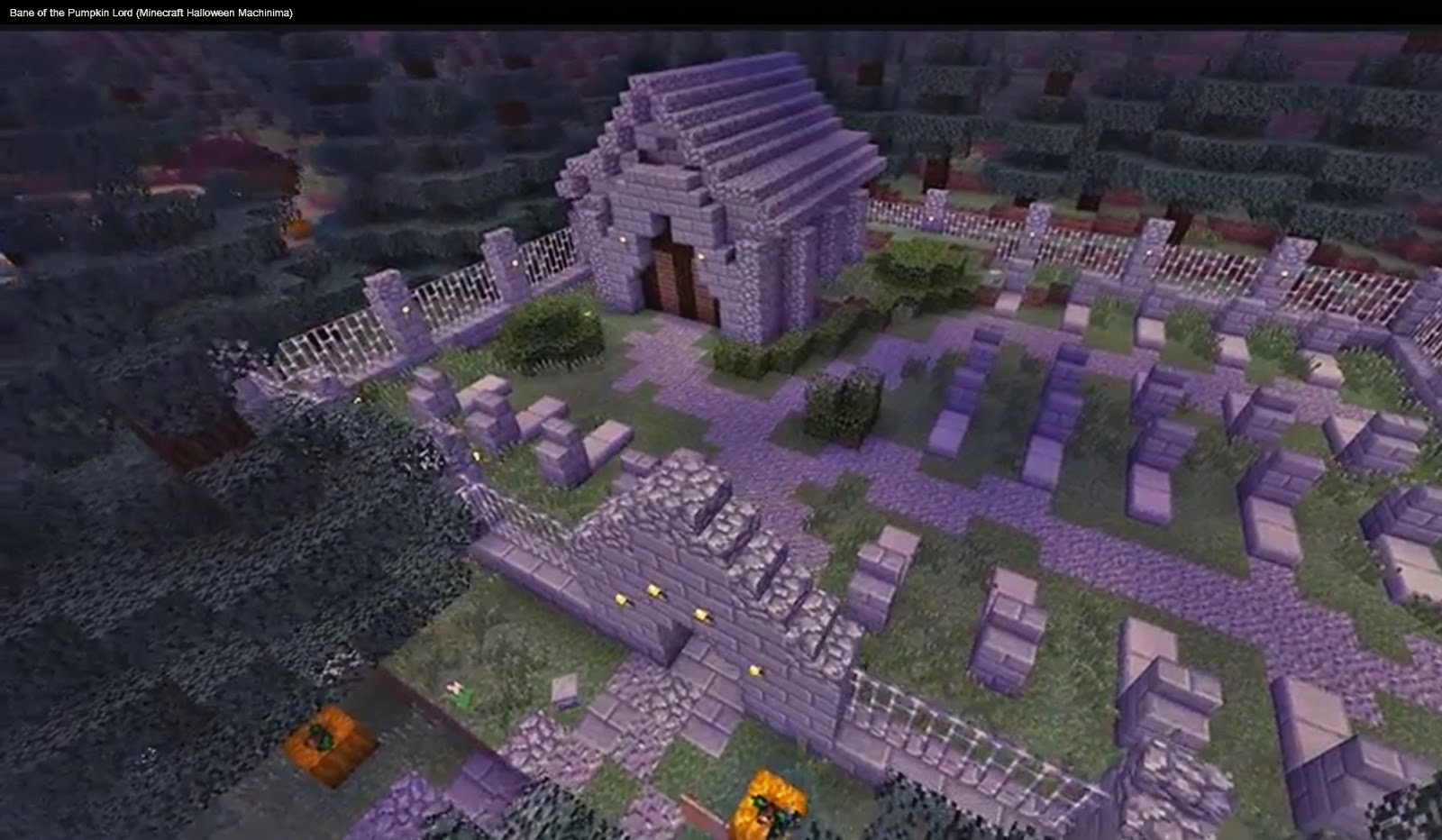 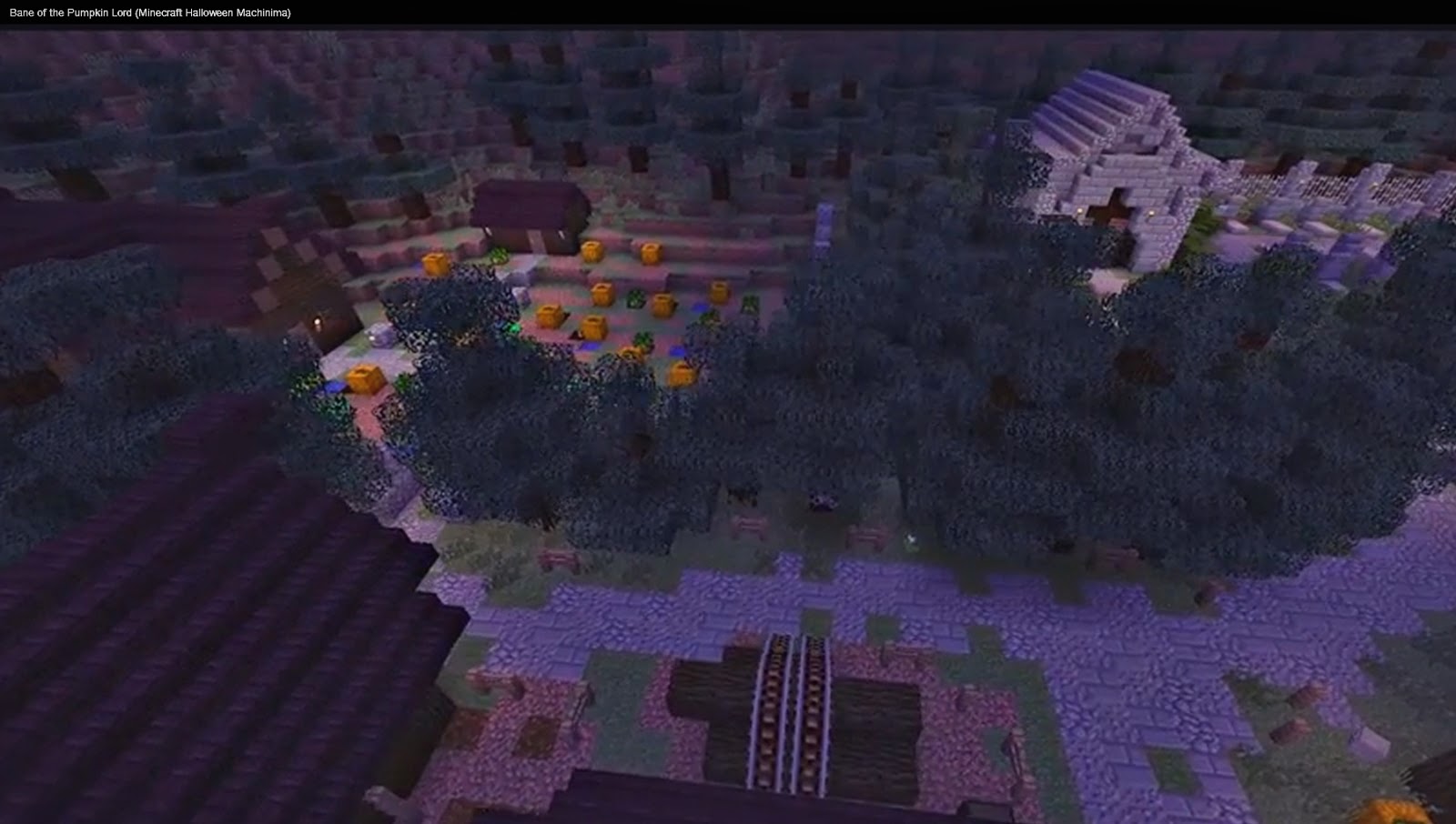 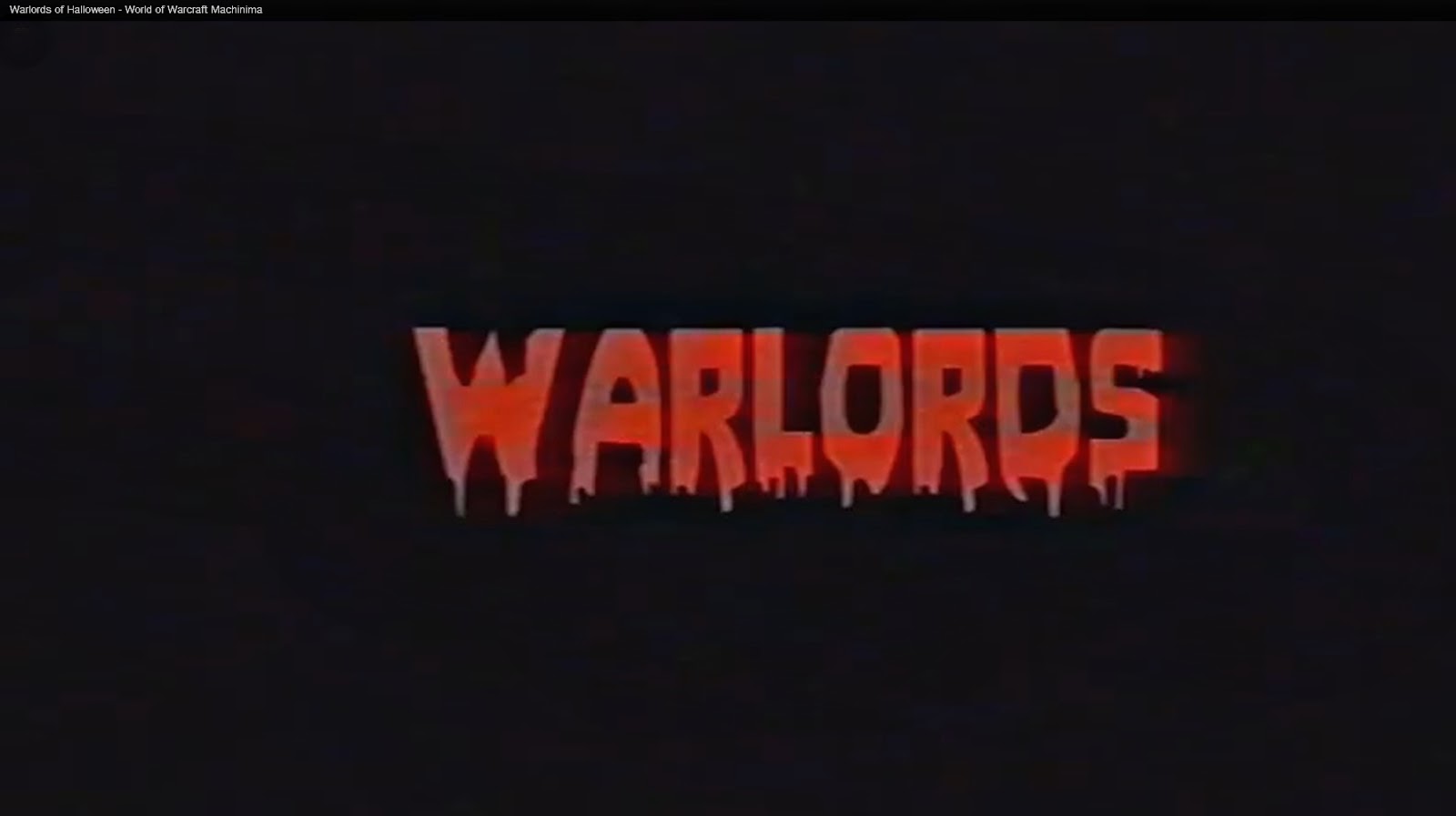 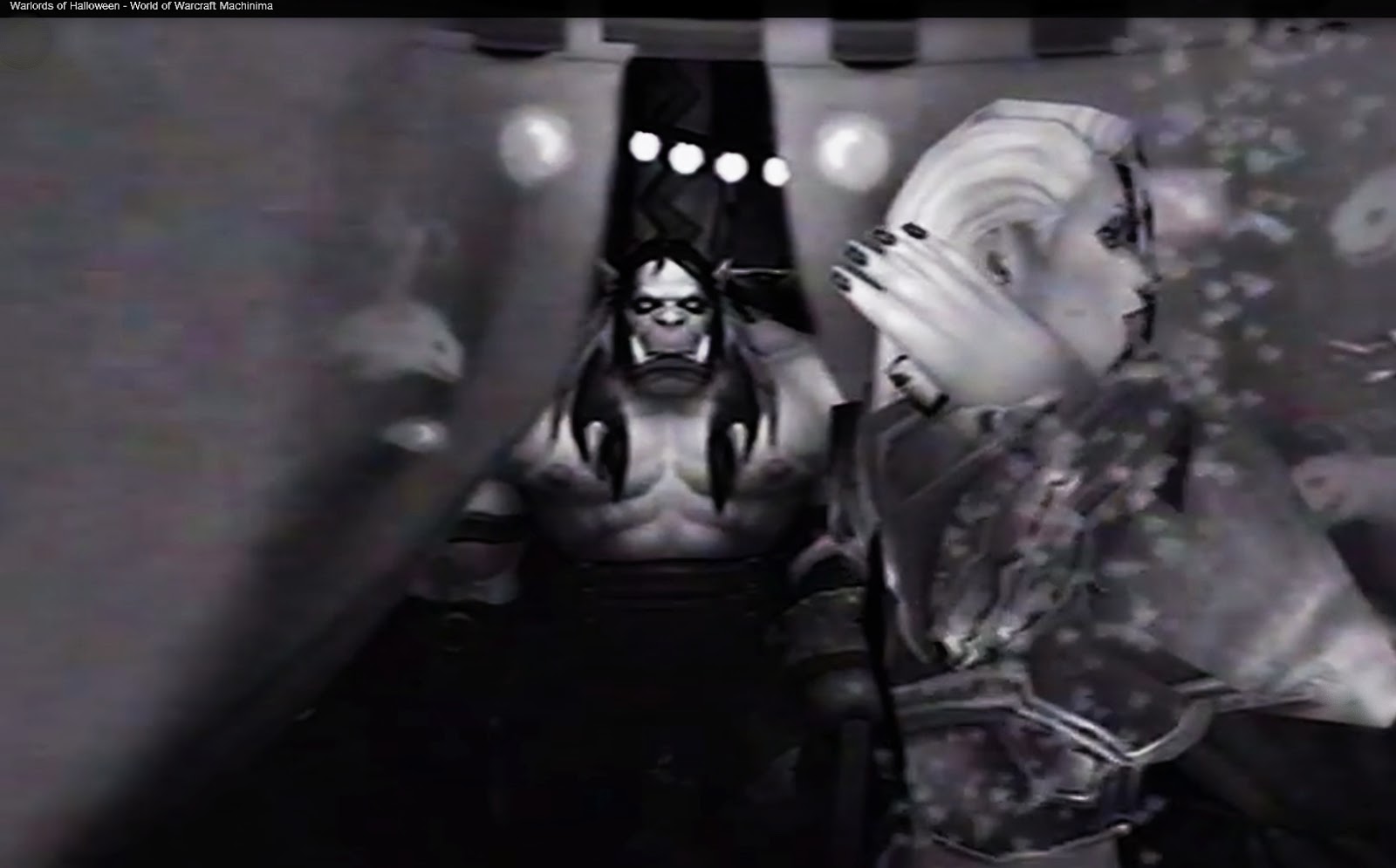 A World of Warcraft feature parodies all the so-called iconic warlords of Halloween in this short piece.  A fun film released in time for Halloween this year.

The Sim3 featured machinima - Insomnia - is nearly 30 minutes, and it took quite a bit of effort to put this film together.   It was published on October 30th.  It is rough around the edges, but it has to be commended for some of the strikingly good scenes and overall commitment.   It has all the elements of a seasonal pop movie - rock singer, pretty girl, murder and twisted plot - what else do you need for Halloween? 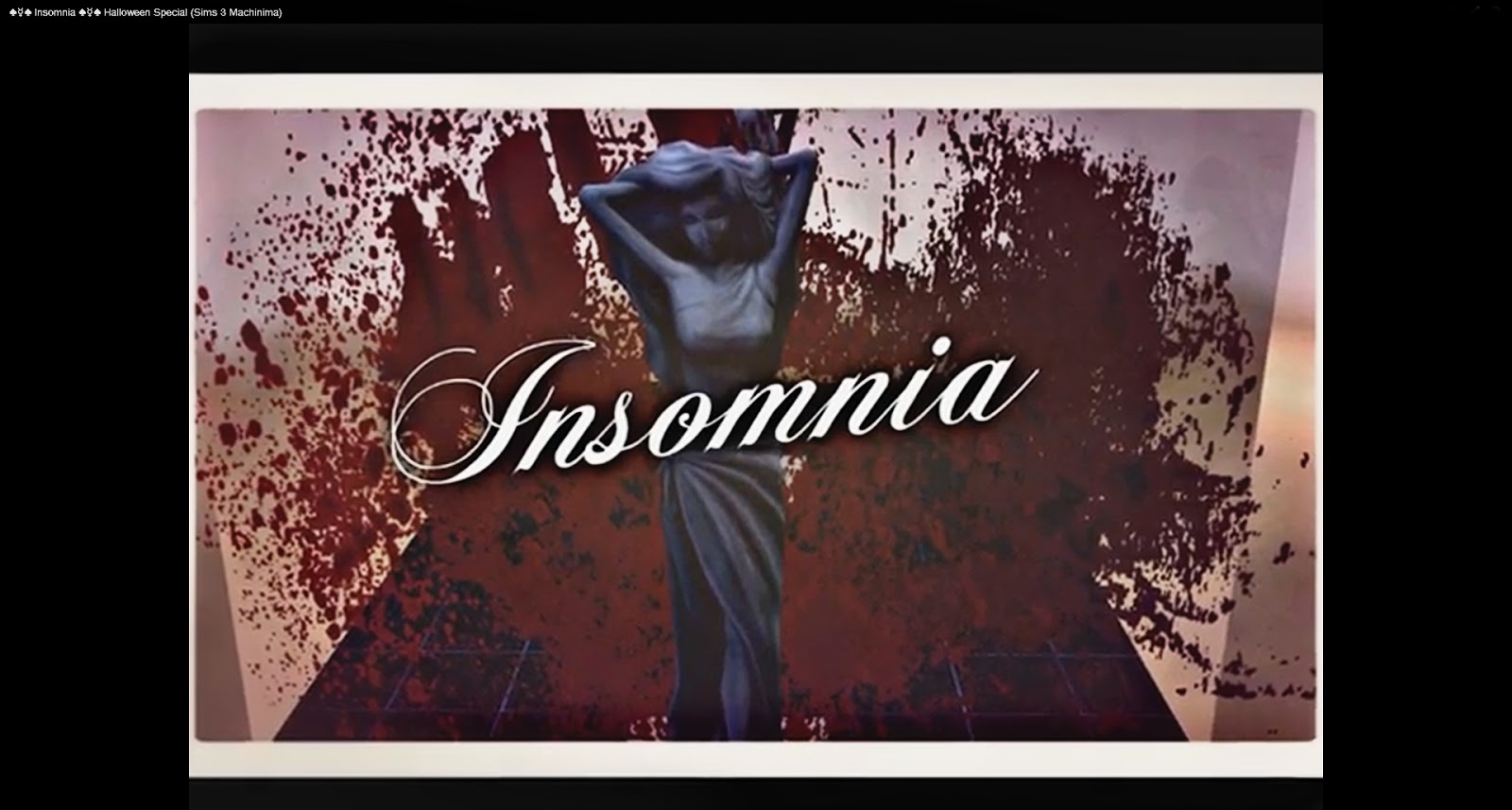 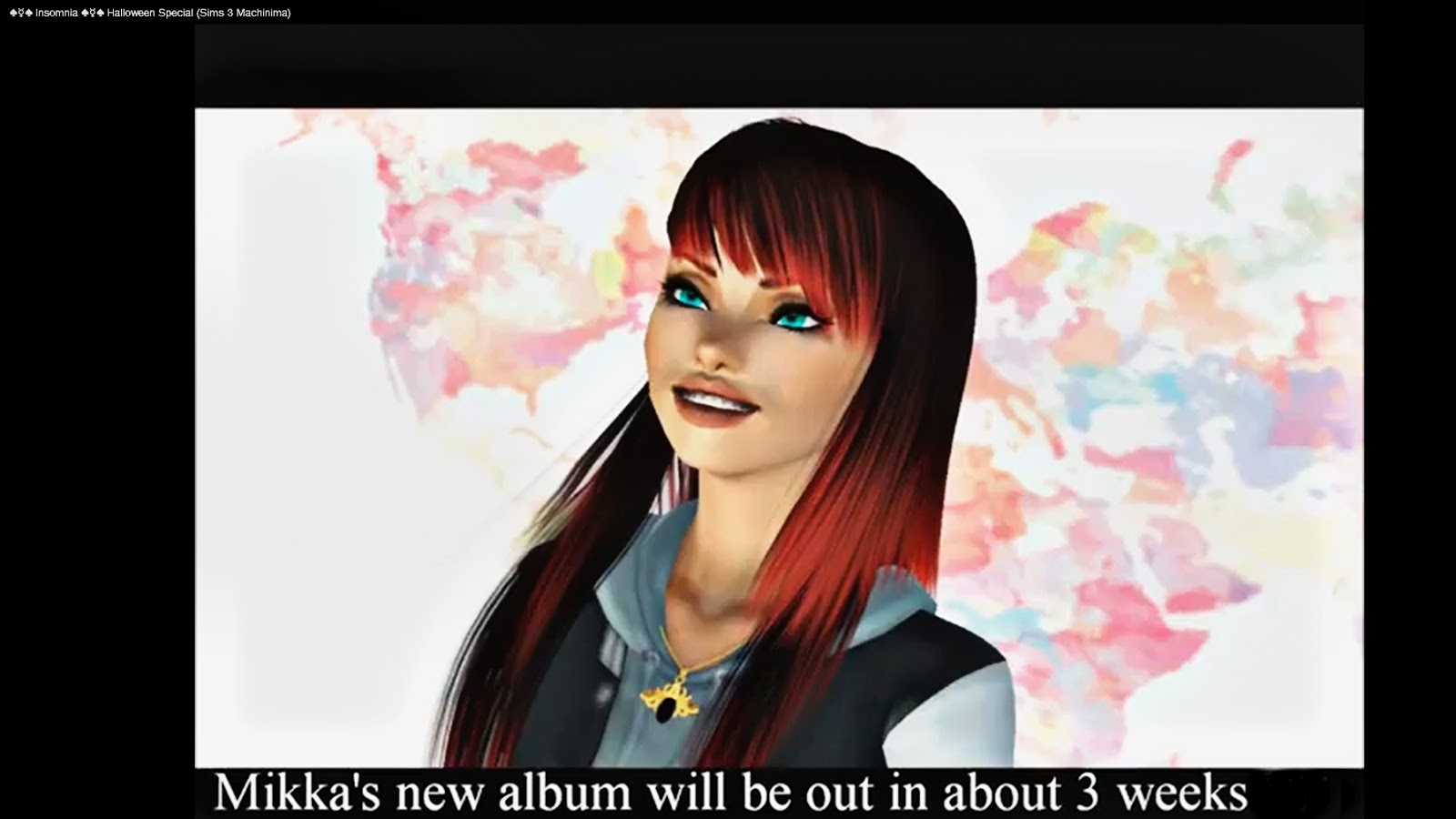 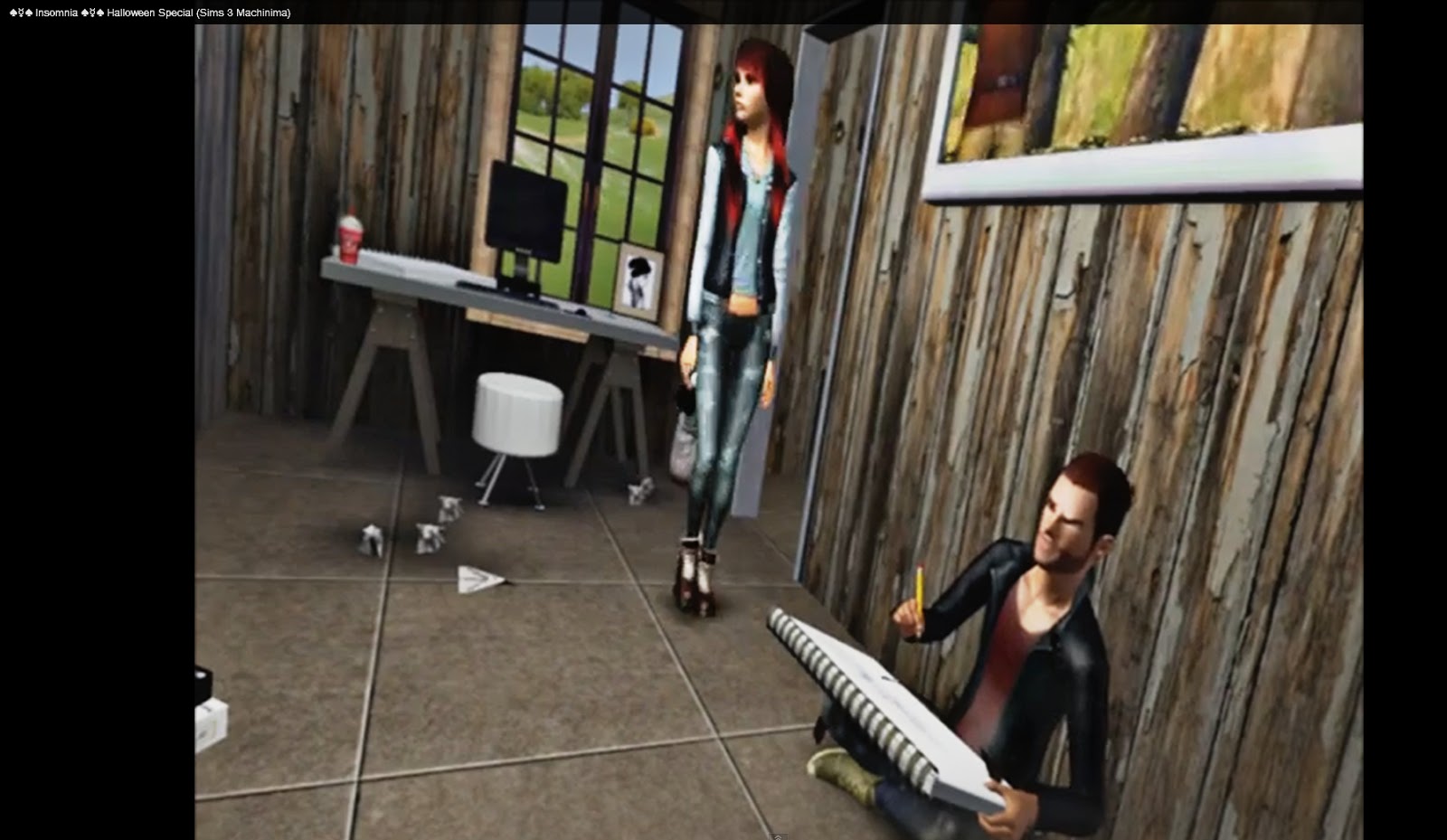 As for Second Life machinima that caught my eye -  let's start with a machinima made to the song "Jump in the Line" by Harry Belafonte.  Aside from the blue balls that might have been derezzed, it works as a seasonal piece.  It was filmed in Halloween Town in Second Life. 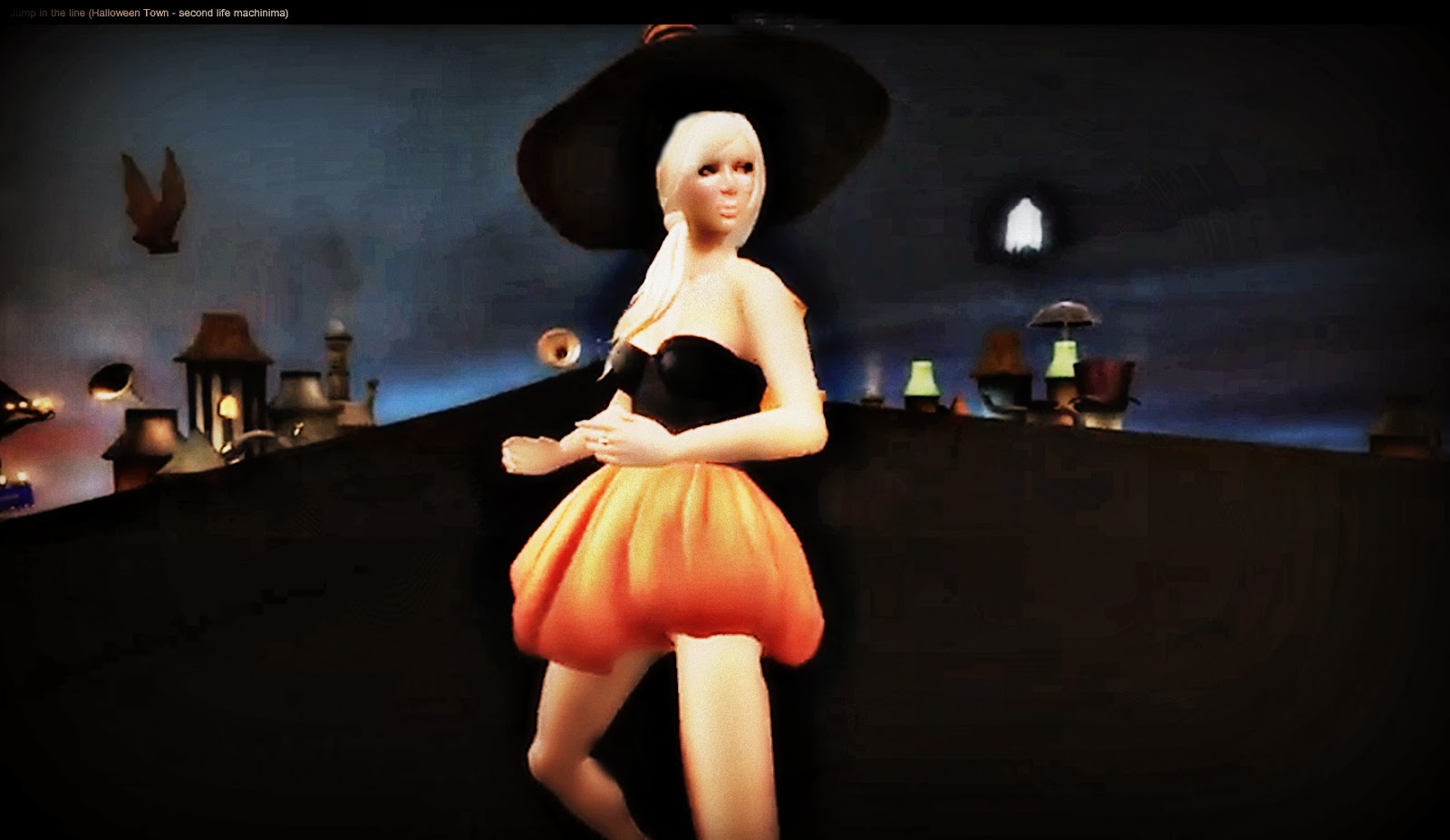 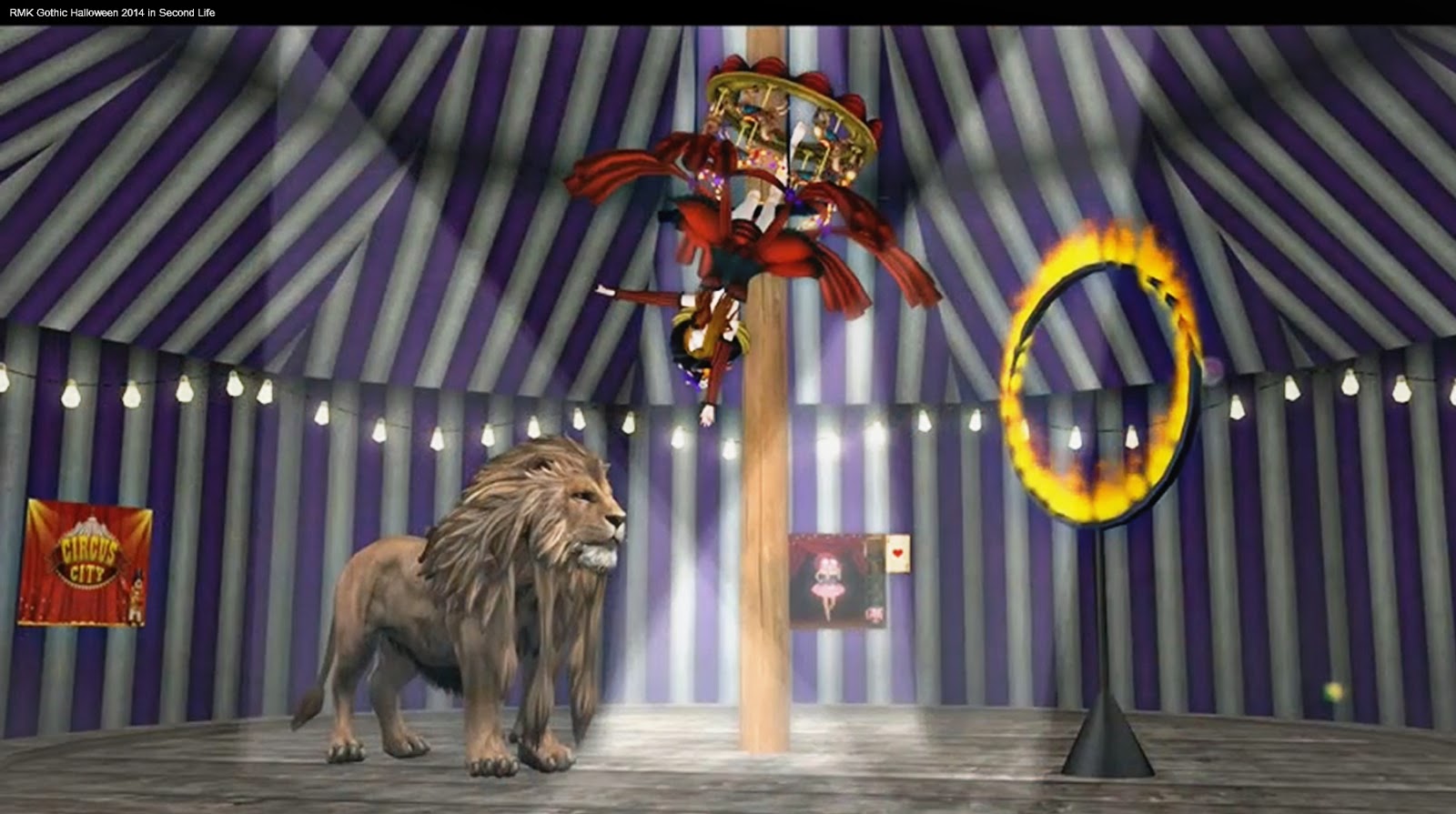 - an enjoyable piece with the filmmaker trying hard to capture the amazing seasonal magic in which she is immersed at the moment.

Kara Trapdoor (of Kara's Korner, Second Life Adventures) regularly features her machinima pieces that underscore the beauty or the fun of a sim.  In October, she showcased the magic of the Giano Estates, a 22-sim residential project of middle class community living.   Her machinima captures the magic of Halloween for SL children - the child in all of us who peeks through during the holidays. 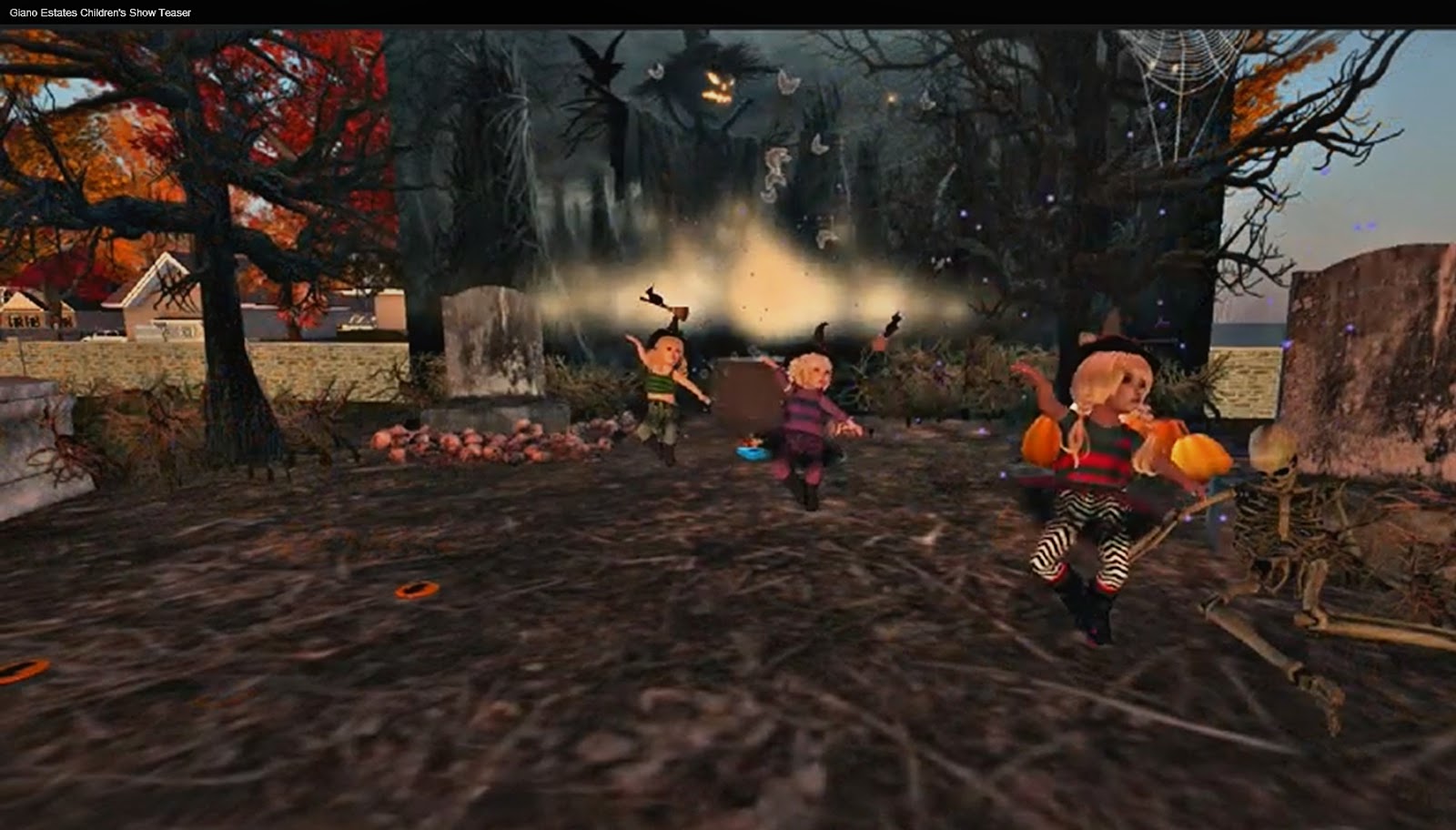 
Closing out with a Minecraft machinima produced in 2011 leaves us with a take on the tune "This is Halloween."  You might particularly enjoy the Minecraft Disney motion graphic in the opening.  I love such tricks and treats in machinima!

You know what is really scary - it is Election Day in the USA!