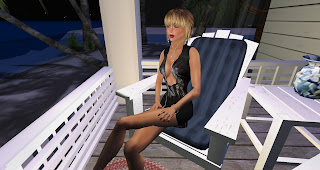 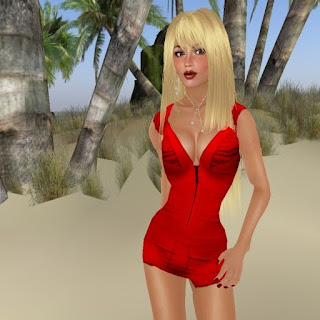 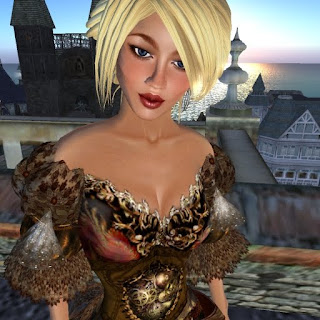 Part I: Machinima in Context

Welcome to the many lives of Sonicity! That is something Second Life allows us to do, quite easily - you know, change the context of our life with the click of a mouse, as we teleport off to our next adventure.

"It's interesting that we control the content of what we do. We are not being told what to do by other people. And we're an amazingly creative group. And that creativity spreads across EVERY genre, EVERY form of art. It is really something that we should all be proud of. And I think we're pioneers in what we're doing here."(Larkworthy Antfarm, Machinima Roundtable, 2010)

***This blog is the first installment of a two part series that explores the undeniable give and take between machinima and cinematic filmmaking. The recipe for both - well - requires a bit of spice at times. So does that mean a film or a machinima is impure with a dash of CG - it's like making meatloaf. In the end, It's the taste that matters! Your mom might use a bit more or less condiments than Aunt Sadie down the street. ***

When Hollywood producers began to explore the potential of filmmaking through virtual technologies, storytelling techniques employed in traditional cinematic production began to incorporate computer-generated technologies that would save money but would extend the possibilities of what is achievable in real world settings. How do you make a film of the future, when you only have reality as your base of operation? It is possible, if you consider the Fritz Lang's Metropolis. However, to dazzle an increasingly sophisticated audience, the stakes become higher and more competitive among film studios. This attitude of course would also influence the nature of machinima making. The connection between Hollywood and machinima is an evolving relationship, most significantly intercepting in recent years.

Yet the story goes back much further, beyond video games. Consider George Lucas' revolutionary experimentation in 3D computer generated interactive graphics (CGI) and animation, and the subsequent release of Star Wars in 1977. Even before that, King Kong in 1933 was enhanced with stop motion and animatronics in its most crude form. and is recognized "as one of the pioneering films in the field" (Brophblog. 2007). In 1975, Steven Spielberg's Jaws was another landmark film notable for its special effects. These landmark technologies helped to shape the video game industry as well. Machinima, too, has evolved from such advances, and the larger cinematic world (Brophblog. 2007) concurrently became transformed by these new applications and programs. What we continue to see in the film and animation industry is a convergence of ideas and tools, and the purpose being varied depending on the goals of the producer. What machinima has done, similar to digital technologies in general, is open the playing the field to the consumer and amateur professional, as well as the indie producer hoping to find an inexpensive and creative way to tell a story or communicate a message.

Much of the machinima community, at large, is connected to the YouTube generation. Many producers post their works hoping to catch the viral waves of the Internet. It is difficult to navigate through this sea of videos about anything and everything. Other services such as AVIEW TV, Blip TV, and Daily Motion have attempted to organize machinima content, as well as other media, and serve to stream videos continuously on demand. These content providers provide clues to the increasing popularity of machinima, and other indie film projects. The convergence of media is not unique to the film industry, for these trends have propelled the launch of thousands and thousands of indie record labels and musicians to break free from traditional corporate business models.

On the other hand, Hollywood's growing awareness of machinima's potential among the gamers is nearly a decade old, gaining the attention of "mainstream, non-technical movie talent, who are attracted to the games-meet-Hollywood aesthetic exemplified by movies like The Matrix" (Kahney, 2007). In the 1990s, Kahney (2007) explains, "Gamers realized that instead of generating monsters to be blown away, game animation engines could be employed to conjure up imaginative sets, casts of thousands and spectacular special effects." Enter machinima as a mini Hollywood and accessible alternative to major production animation budget movies.

As early as 2001, machinima began a way for Steven Spielberg to storyboard his film projects, beginning with his Artificial Intelligence: AI. Other producers began to look toward machinima as way to present rough cuts of major motion pictures. Harz (2006) called attention to the significance of machnima in 2006, stating that "the holy grail of previs (previsualization) lies in the use of videogame production technology, especially that of the game engine." He continues, this is "the core of a game that allows the movement and manipulation of modeled people and creatures within 3D sets, together with lighting and camera moves — a process essentially the same as what previs supervisors do before a major movie starts production."

So maybe it is the "other" that we need to consider - computer generated technologies are becoming part of one's tool set in telling the story, whether we do so by traditional cinematic means or through machinima. The gaming world has evolved out of the CG world so how do you really separate all these converging forces.

Stay tuned, Part II next time, as I consider
Storytelling - and the CG Convergence.

This blog is based on a draft version of the forthcoming book, authored by Lowe Runo and Sonicity Fitzroy, Machinima: The Art & Practice (McFarland, 2011). The Professional Machinima Artist Guild graciously provides syndication of Sonicity’s blog Magnum: The Machinima Review to Aview.TV/Sonicity/
Posted by Soni! at 11:29 AM